Examining Why Autism Is Under-Diagnosed in the Hispanic Community

The quickest growing population in the United States has the lowest autism diagnosis rates, according to several studies, and the big question on everyone’s mind is: Why?

Well, according to pediatricians across the country, the primary reason for low diagnosis rates in Hispanics is due to the confusion of the questions on the screening questionnaire.

The solution presented to this is a verbal Q and A between the doctors and the parents of these children. Yippie for future kids on the spectrum!

But Wait, What Exactly Does that Mean?

It means the answer to why Hispanics don’t have higher diagnosis numbers is because of language barriers and semantics. As great as this new research is, it does open the door for a whole mess of questions, especially for teens and adults on the spectrum.

Right now the statistic is 1 in 68 kids has autism, up from 1 in 100. That doesn’t mean there is an epidemic, though. We’re just getting better at recognizing it. Low Latino diagnosis isn’t limited to the United States though. Currently, diagnosis numbers range about 1 in 115 children in Mexico. Compared to 1 in 68, this is quite a gap.

Undiagnosed kids still grow up to be autistic adults, and a lot of them get married and have babies. In fact, many adults learn about their own autism when they’re raising their children and their children are diagnosed.

The autistic adult world statistics are distressing, with 1 in 63 newly diagnosed adults having suicidal thoughts. Finding out about autism as an adult makes for a complicated life story, filled with revelations about one’s own childhood experiences and misunderstandings.

So what about the undiagnosed autistic Hispanic teens and adults who are past the age for a verbal screening for autism? If there are verbal misunderstandings in autistic patients and cultural barriers in regards to language and semantics preventing a diagnosis of autism, then what happens when autistic Hispanics who don’t know they have autism… go to the doctor?

How does it feel to be undiagnosed?

As a teen and young adult, I lost many friendships because my responses were taken the wrong way or I said something too foolish for them to think it wasn’t on purpose. I got better at catching offense on my feet, but I hated living with the anxiety of knowing I might say something offensive at any given moment, and having to be socially prepared for my own “stupidity”. I wanted so desperately for people to think I was a nice person, but I was just known as bitchy and bossy, and you could only see my “care” if you knew what it looked like. I will say this about myself though: I hate being misunderstood. Even if it took a fight for you to understand me, I made people understand me, because I wasn’t coming from a bad place and to me, people had to know that.

I was a Hispanic child with no diagnosis and a whole mess of weird issues. I knew I was different from the kids at school, because I was always lost on social situations. But I was book smart, and I would read six fiction books or so a week. I learned so many different words for so many different feelings I always had, but I didn’t understand social nuance in a way that allowed me to communicate anything unless I was upset or frustrated. Once I got mad enough, the words would flow, and I didn’t have the emotional maturity to tailor myself or sometimes even feel apologetic. Once I got out how I felt, the anxiety of trying to get all my words together went away and I felt ten times better. Most of the time, I wasn’t even mad anymore. I didn’t know anything about mental health disorders.

How Do Hispanic People on the Spectrum Fall Through the Cracks?

My parents never took me to a psychologist. I was too much like other family members, so I was given coping mechanisms, not medicine. I appreciated this so much, because it made me stronger, but I can’t help but wonder what would’ve happened to me if I got my diagnosis sooner instead of later. Would I have realized my talents sooner in life, accepted myself sooner, loved myself sooner, instead of wasting so much time trying to fit into a world that wasn’t made for me?

My parents didn’t take me to a psychiatrist because life is hard and they were divorced. They both just corrected my terrible social skills as I messed up. And although they handled that very differently, they loved me for who I was.

Being Undiagnosed as an Adult and Going to the Doctor

I went through a summer before I was 20 where I felt nauseous every time I ate and a lot of times I would threw up. I went to the doctor, and tried to explain my symptoms to him. He said I had irritable bowel syndrome. Irritable bowel syndrome is a disorder that affects the large intestine, with symptoms including diarrhea, constipation, cramping, bloating and gas. There is no known cause. I was confused as to why he thought my problem had to do with my large intestine when my primary reason for visit was vomiting. From my stomach. I did my homework and found out that a diagnosis of irritable bowel syndrome is basically a doctor hack for giving up on why your belly aches, because it is actually an imbalance of gut neurotransmitters. Eventually a nurse practitioner diagnosed me with GERD and a hyperacidic stomach.

Another time, when I was around 24, I went to the doctor because I was having trouble eating. Even the thought was making me nauseous and a few times I threw up. When he asked me what I ate that day, I answered, “A bag of chips.” For some reason, he thought that meant I was anorexic instead of the host of other things it could’ve been. In talking with a nutritionist, it was uncovered that I was experiencing quite a bit of stress that was exacerbating my previous GERD diagnosis, and I needed to eat smaller and more often. Alexithymia is the worst.

Did I mention that people on the spectrum often have gastrointestinal disorders?

What Can Physicians and Latino Patients Do to Help Each Other?

My advice to physicians? Talk to your patients and read. Doctors often rush to treat the symptoms and not figure out the cause. Observe your patient’s demeanor, review their medical history, and pull out your textbooks. There are too many specialists in the field and the generalists don’t know enough. Do your research about cultural preferences.

My advice to patients? Speak up. It doesn’t matter if you’re autistic or not. Everyone is a patient at some point or another, and no one knows your body like you do. If you’re feeling pain or you notice new or weird patterns with your body, it’s up to you to tell your doctor. People die unnecessarily every day because this kind of information is not exchanged. Tell your doctor about any weird symptoms you might have during your annual physicals.

Undiagnosed autistic Hispanic patients need to be treated with respect and listened to, just like neurotypical patients. The Latino population needs doctors who will show us they are on our side. Verbal questionnaires are a great place to start.

America as a society is just barely understanding how mental health and medical health are actually hand-in-hand. People are starting to figure out there is no such thing as normal and every day research is getting closer and closer to better therapies for people with autism. 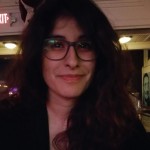 Arianne Garcia is an autistic person who wants to live in a world where we all get along. She grew up in Texas and loves to go camping. In her free time, Arianne likes to reverse engineer social situations for meaning and read books recommended by her friends. She’s a writer, artist, and autism advocate. Want to know more about her? Click here: www.arianneswork.com

Transition teams are critical to building effective plans for youth who are preparing to embark on their adult lives after high school. These teams…