In my last post, I talked about why authentic representations of autism are so important for both autistic and non-autistic readers. I also shared some great books by autistic authors that I hope you add to your collection. We should all try to amplify more autistic voices!

But perhaps you, as a reader, would also like to know more about what authentic autism representation looks like. Maybe you would like to learn how to spot problematic representations of autism for yourself, before you recommend a book to someone else. What should you be on the lookout for, in order to decide whether or not a new release is worth reading?

The following guide isn’t perfect, and it is nowhere near complete, but it should be a good start for many readers.

When it comes to autism, we see a lot of the same tropes and stereotypes in books. These problematic portrayals can be broken down into a few distinct categories.

The Emotionless and Robotic Savant
Autistic characters are sometimes written to be brilliant jerks who just don’t care about other people. For a long time, it was believed that autistic people lacked empathy. This theory has been disproven, but echoes of it still live on in many stories. The character may be an aloof and clueless kid who refuses to hug their parents, or they might be a genius who is begrudgingly tolerated by others because they’re so smart. It is sometimes suggested that their minds are too logical to comprehend things like love or social etiquette. (Or worse, they do understand these things, but don’t think they matter.)

The Annoying Sibling or Sidekick
This character appears in a story that isn’t about them, but about the effect that their autism has on other people. Perhaps it’s a story of a sibling who thinks that autism is ruining their family’s life. Or it could be a story about another child who learns a valuable lesson due to their classmate’s autism. A story like this sounds appealing on the surface, because it seems to spread a message of tolerance and inclusion. But often the inclusion is superficial. The autistic character is still seen as an outsider or an “Other,” and they’re often not a fully developed character with their own motivations and desires. Even when the lesson of the story involves a character learning to tolerate someone else’s differences, the unspoken message for readers is that autism is something negative that has to be tolerated.

The Unrealistic Inspiration
Sometimes, a story aims to show an autistic character learning to be a “better” person. Unfortunately, in many cases, “better” equates to being less autistic and more neurotypical. Stories about characters who “overcome” some aspect of their autism send readers the problematic message that autism is inherently something terrible that needs to be fixed. In reality, autistic people can live happy and fulfilling lives when their needs are properly met and they have a supportive community of family and friends. This doesn’t mean that autistic characters aren’t allowed to grow and change over the course of a story! Just that their autistic traits, the result of an unchangeable part of their neurology, should not be the thing that needs changing.

The Walking Diagnosis
Sometimes, when a writer creates an autistic character, they rely too heavily on the diagnostic criteria for autism. These writers have good intentions, and want to make sure that they get it right. But ironically, by following a laundry list of autistic traits, without nuance or exception, they create characters that don’t seem like real people. The diagnostic criteria for autism is defined broadly, because autism is a wide spectrum, and autistic traits can manifest differently from person to person. Also, our autistic traits are not strict absolutes. Even at our most awkward, we are not completely clueless! A socially inept kid will sometimes understand when they’re being teased. A socially anxious teen may figure out which behaviors call too much attention to them and avoid doing those things. Autism may lead us to think, communicate, and act in different ways, but it doesn’t cause us to be completely disconnected from typical societal norms.

What to Look For

Here are a few good signs to look for in stories about autism.

Autistic Main Characters
You want to find stories where autistic characters are the center of their own narratives. Instead of focusing on how autism affects others, these stories will show autistic characters living their own lives – going on adventures, interacting with family and friends, and achieving their own dreams and goals. Additionally, we should also try to look for more diverse stories, where the autistic main character is not always a young, white male.

Multiple Autistic Characters
Having multiple autistic characters in a single story is great for two reasons. One, readers get to see how autistic traits can differ from person to person. And two, readers get to see how autistic people communicate and interact with each other. A great example of this is The Many Mysteries of the Finkel Family by Sarah Kapit. Similarly, Elle McNicoll’s Show Us Who You Are features an autistic protagonist with a neurodivergent (ADHD) best friend. By including multiple autistic characters, authors are able to share a more nuanced and authentic view of autism.

An Internal View of Autism
It is very important that readers see the internal world of autistic characters. Stories that focus on how autism affects others tend to have an external view – an autistic character will do something strange, that doesn’t inherently make sense to the reader, because they’re autistic. Stories with an internal view of autism dive deeper, and give readers insight into why autistic people do the things they do. Flapping our hands can be soothing. Running may be a way to avoid an overwhelming noise. Engaging in our special interests makes us feel good. Showing readers that there is a logic to autistic behaviors – a logic that they can easily understand and relate to – is key to encouraging empathy and compassion.

What to Do When You’re Still Not Sure

Storytelling is not an exact science. As a reader, you will undoubtedly come across some pieces of writing that are hard to pin down. Perhaps some parts sound promising, but other parts seem potentially problematic. In cases like these, I personally turn to social media. Reading multiple reviews, written by different autistic people, can give you a general idea of how a book is received by the autistic community. We are, of course, not a monolith, so there will be disagreements and differences of opinion! But if you consistently read the thoughts and insights of a diverse group of autistic people, you can eventually learn how to see things from an autistic point of view.

Representation matters. It’s how we learn to define ourselves in relation to others. So I hope this post guides more readers toward stories with positive and affirming representations of autism.

If you’d like to learn more about autism representations in books, there are some excellent resources available online. I recommend: 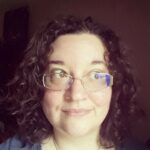 Adriana White is an autistic librarian, former special education teacher, and children’s book writer. After being diagnosed with autism and anxiety in her 30s, Adriana now advocates for more inclusive schools and libraries. Her writing on neurodiversity and mental health in children’s books has appeared in KQED’s MindShift and We Need Diverse Books, and she advises educators and librarians about the importance of these books through workshops and presentations. Adriana has a Master’s in Education with a specialization in Special Education, and a Master’s in Library and Information Science with a certificate in Storytelling. She is a staff editor for the website A Novel Mind, and writes a bimonthly column for Geek Club Books. Adriana is an active member of SCBWI and a 2021 PBChat mentee. Visit her website at https://bit.ly/AdrianaLW.