‘No Clean-up Crew’: Causes and Costs of Autistic Burnout

Most are familiar with the concept of work burnout, symptoms of which include depression, an inability to concentrate, and loss of motivation. Recent research, however, suggests that autistic people are subject to a more severe and encompassing burnout than their neurotypical counterparts. In the article “‘Having All of Your Internal Resources Exhausted Beyond Measure and Being Left with No Clean-Up Crew’: Defining Autistic Burnout” (2020), Dora M. Raymaker and their colleagues identified a very specific type of burnout that affects autistics. This blog post will discuss this phenomenon and the findings of this important study.

Autistic burnout is defined as a “state of incapacitation, exhaustion, and distress in every area of life” (Raymaker et al., 2020). The ‘every area of life’ component is critical because it distinguishes autistic burnout from its purely occupational cousin. Autistic burnout bleeds out past work and extends to a diminished capacity for what allistics (also called neurotypicals or non-autistics) would consider normal, non-stressful activities, such as visiting with friends, going to the grocery store, and even opening mail.

Research revealed that the predominant characteristics of autistic burnout were “chronic exhaustion, loss of skills, and reduced tolerance to stimulus,” or being overworked, worn out, and isolated, with a reduced capacity to deal with sensory sensitivity (Raymaker et al., 2020). The most common causes were the sheer amount of stress, the obstacles that prevent getting support, the lack of opportunity to recover from steadily increasing stress, and being in situations where “expectations outweigh abilities,” such as when bosses expect their autistic employees to perform at or above the capabilities of their neurotypical peers (Raymaker et al., 2020). In the study, autistics described barriers to support due to a pervasive lack of understanding by neurotypicals (NTs) that simply existing and conducting one’s business in the world is exhausting for autistics and that employment and social activities compound this exhaustion.

Autistics also reported an inability to overwork themselves in the same way as allistics do as being a direct result of their work requiring a much larger cognitive investment than it does for non-autistics performing the same tasks. They also reported that this inability to overwork happened across a variety of settings, such as in classrooms and even home and personal care. Breaks such as personal days or vacations were either not permitted or were too few for them to adequately recharge, and an inability to recharge was the most frequent cause of autistic burnout.

In the absence of ADA specifications for accommodations for autistics, many autistic participants were at the mercy of employers or educators with little to no experience with autism. This led several study participants to be forced out of work or school or unable to take care of personal needs, sometimes for extended periods of time. Some reported checking themselves into mental health facilities to convalesce. Troublingly, a few noted that even after recovering, their ability to manage autism-related challenges, such as sensory sensitivity and anxiety, never returned to pre-burnout levels.

How to prevent burnout

Strategies for preventing burnout included the need for a support system of those who understand autism; seeking out other autistics in similar situations; giving oneself permission not to be social; asking for accommodations at work, at school, or in the home; and taking periodic sensory breaks. Autistics suffering from burnout need long stretches of downtime to recover from mental exhaustion even just to engage in activities to improve their mental health, such as exercising, being with friends, or pursuing hobbies. Authors also affirmed that support and understanding from both friends and therapists were critical, and that flexible schedules and access to services to offload responsibilities (such as cleaning and babysitting) were extremely important.

The article highlights the need for more people to understand that autistic employees require more solitude and downtime to perform at the level of their neurotypical peers. Friends of autistics need to wrap their minds around the idea that simply living life is far more draining for autistics than non-autistic people. Many autistics reported being disbelieved and dismissed when trying to alert others of their distress. Settings outside the home are much more cognitively demanding for autistics than for neurotypicals; allistics in these spaces must be willing to take autistics at their word when they report being overwhelmed and run down, and they must provide access to the resources necessary to ensure autistics’ long-term mental health, even if that means allowing them more time and solitude to recharge in the short term.

It’s also important for friends and co-workers to understand that this “special” treatment falls under the category of disability accommodations. Autistics are not slackers taking advantage, but rather individuals for whom life in general is far more cognitively demanding than it is for non-autistic people.

In short, autistics and allistics alike need to be more aware of the challenges of being autistic in a neurotypical world, wherein autistics must pay a much steeper cognitive price to function. An understanding of this reality is essential and can help increase appreciation of the sacrifices autistics make on behalf of their neurotypical colleagues and peers, as well as the unique and valuable perspectives they contribute to the workplace, school, and social environments. 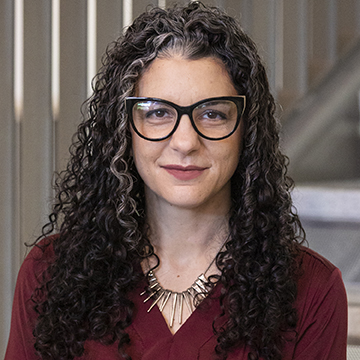