Disclosure from Personal Points of View | Organization for Autism Research

Disclosure from Personal Points of View

Deciding when and how to disclose autism is complex and personal for each individual with autism and for their parents, particularly when making decisions about school and in the workplace. For this Perspective column, OAR asked three people with autism, Peyton Berardi, Laura Guerro, and Ben VanHook, and three parents, Susan Berardi, Lee Guerro, and Kate Hooven, to write about their experiences with disclosure. 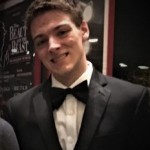 Freshman year of college, first semester: I met two girls, Melanie and Oni, in my dorm hallway. The three of us had had trouble meeting people at the beginning, so we found each other and started to do lots of activities together, eventually becoming friends.

One day, maybe halfway through the semester, a twist came along. Melanie and Oni revealed to me that when they had met and gotten to know me near the beginning of the year, they actually didn’t like me and tried to avoid me as much as possible because they thought I was rude and obnoxious.

I realized that it was because I hadn’t explained to them that I have Asperger’s, and that my condition causes me to say and do certain things that others don’t understand. They thought that I was an undiagnosed “normal” person. I told them that I don’t mean to appear rude or insensitive, it’s just a part of my nature of which I’m not always aware.

After that, they understood where my mannerisms came from and ended up connecting with me even more. Later, we became really great friends and started to do many activities together. Then and there, it occurred to me that explaining my actions helps others understand my personality and see things hopefully from my point of view.

Peyton Berardi is starting his junior year at Saint Louis University and majoring in biology. He played violin in college orchestra for two years and played piano competitively through high school. He’s been a guest speaker for several autism organizations and continues to help wherever he can to raise awareness about ASD.

Why and When I Disclose 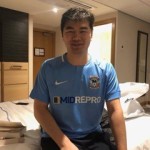 Disclosing that one has autism is a very difficult thing for many people. It can feel very uncomfortable and unsettling. Although it may feel uncomfortable, it could also be the difference between success and failure.

I have never found it difficult to tell others that I have autism. It is important to first realize that autism is not something to be ashamed about, but something to embrace. It is a disorder that can come with many gifts in addition to obstacles.

My mindset when telling others is that it is better that the person knows that I have autism and what I need than if they do not know. If the person, whether they are someone from school or work, knows what I need and who I am, they will have a better idea of how to approach me or help me.

Autism is never the first thing I mention when talking to anyone, but once I have gotten to know a person better, I tell them I have autism spectrum disorder.

In school or in the workplace, it is crucial for people to understand each other. Disclosure can make the difference between success and failure.

Ben VanHook is a 19-year-old college student preparing to enter his junior year at Mercyhurst University. He has been very active and involved in autism advocacy through talking and communicating with companies such as MITRE and Amazon and interning at STEMskills.

Disclosing My Autism to Clients

As a licensed nail technician in my own small shop, I work with a lot of different clients, doing manicures, pedicures, nail extensions, and nail art.  I have been working as a nail tech since last year.  I also graduated from an esthetician program so I will be able to do facials, waxing, and other procedures in my shop once I get my license. Another goal I have is to build my own home, own my own property, and be able to work from home.

I sometimes tell clients that I’m not wired like they are.  Sometimes, I just decide I want to come out to them about the fact that I have autism.  Other times, clients ask me what’s going on. They ask me why I’m doing something, such as looking intensely at something or somebody.

Laura Guerro is a licensed nail technician and soon-to-be licensed esthetician.  She is a graduate of Shawnee Mission East High School and the Johnson County Community College School of Cosmetology.  She has also taken college courses in science, English, and Spanish.  She enjoys practicing Spanish with her customers and Spanish-speaking peers. 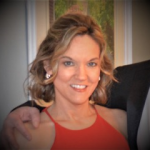 The word didn’t roll off my tongue. I tried to swallow, but the pipes in my throat had filled with cement. This new word, this new world, still frightened me after three years of knowing.

“What is it, Mommy?” my 9-year-old son asked, wide-eyed and eager for a new story. He lay beside me on our bed, my husband sandwiching him from the other side.

“You have something called ‘autism,’” I said, and I opened the workbook, Aspergers…What Does It Mean to Me by Catherine Faherty and Gary B. Mesibov. “I will circle all the questions that I have,” the authors began on Page 1.

My son stared at the first page, absorbing what I could only imagine was a swarm of questions…and fears, buzzing through his mind like a hornet’s nest.

“What does it mean?”

“Is there something wrong with me?”

The book became our security blanket, the three of us turning to the hands-on exercises when our son struggled in school, especially with other kids. It covered sensory issues, friendships, special interests, and many other topics. Most important, it gifted us with a kid-friendly language that respected and celebrated his worth as a talented, kind, and valued human being.

Susan Berardi has been featured in The New York Times, The Galway Review, and Watershed Review. She was shortlisted for Tulip Tree Publishing’s “Stories that Need to be Told,” and twice a quarterfinalist in National Screencraft’s Short Story Competition. She holds an MFA in creative writing from Pacific University.

When Disclosure Is Not Optional 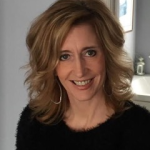 My son will be 18 in a month. I still can’t believe I just typed that. In a month, he will legally be an adult. He can vote (I hope he will), buy a lottery ticket (I hope he wins), and buy tobacco products (I hope he won’t). In addition to all the guidance any parent provides for their teenager, I also have to prepare my son for when and with whom to disclose his autism diagnosis.

As someone who is almost an adult, it is Ryan’s choice who he tells and who he doesn’t. It will be his choice whether to let his college professors know or not. Whether my son lets his roommate in on his diagnosis upon meeting or if he never tells him is also his choice. We have discussed why it’s important for some individuals to know about his differences and that those differences are not something he should ever be ashamed of.

There is one case in which I believe Ryan must disclose his diagnosis: in any interaction with police. What an untrained officer sees or thinks when interacting with an individual with autism may differ from what a trained officer sees or thinks. If my son is so anxious he is unable to respond or needs more time to process the officer’s commands, it could look like non-compliance and how that officer responds to my son could impact his and the officer’s safety.

Kate Hooven is a writer, autism advocate and mother of three beautiful children. She writes a blog entitled The AWEnesty of Autism, which has been featured on The Mighty, Yahoo Parenting, Autism Speaks, AutismAwareness.com, The Autism Society of America, Scary Mommy, and The Huffington Post.

Deciding When to Disclose 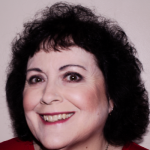 When my daughter, Laura, was a child, those around her could easily observe her autism in her behaviors, so disclosure at school and to others in the community with whom she interacted was not an issue. This eased her ability to participate more widely in the community because others understood her behavior not as misbehavior but as part of her autism.  People were more helpful when they knew.

Today Laura is 25.  As she progressed through the school system, college courses, and beauty school, many of the visible aspects of her autism became less pronounced. As that occurred, I left the decision and responsibility of when to disclose to her as she needed or wanted to. Laura works as a nail tech in a small business that we set up and she frequently discloses to her clients.

Laura’s autism is as much a part of who she is as her sense of humor, her beautiful curly hair, her incredible command of the English language, her artistic flair, her delicious Italian cooking, and her love of music and doing improv. It’s not something that she needs to keep under cover.

Lee Guerro, MSN, RN, is the proud mother of Laura Guerro and a psychiatric nurse who is experienced working with adults, children, and adolescents.  She also writes about autism, disabilities, and mental health.

College. The word conjures up so many images and experiences. For incoming freshmen, those experiences are likely to include adjusting to independence, exciting opportunities to...