The Same but Different | Organization for Autism Research

The Same but Different

The word “autistic” has always been stigmatized, its meaning is eclipsed by ideas of screaming
children and socially unacceptable behaviors. But autism affects every person differently and is
often not seen by the public eye. For me, autism has always played a large role in my life.
Although I am not autistic, my younger brother as well as my older sister both have autism. That
creates for me, the middle child, an interesting dilemma, right?

Growing up, I always thought that this was how everyone’s family was, that every family outing
was characterized by screaming fits or hitting each other. This all seemed normal to me until I
got older and began to notice how other people’s lives were. I began to see how people would
stare or my siblings would get in trouble for their actions. I was confused; why couldn’t they just
act normal? Then my mom told me that they were just a little different than the rest of us and
that that was okay. I seemed to understand that all right, but no one else understood that they
were different. Their autism lies just beneath the surface of public understanding. You wouldn’t
find my sister screaming at school, but the second she came home it was a completely different
story—screams and full on meltdowns were almost always a part of the daily routine. My friends
didn’t know that my family was not like theirs. Or that I didn’t want them to come over to my
house because I didn’t know what my siblings would do. And I couldn’t tell them, or they could
tell others or make fun of them. This was difficult for me as sometimes I felt like no one
understood me. Sometimes I would feel as though no one saw me as well. So much time was
devoted to them and their functioning in daily life that my problems were often pushed aside.
This was simply a fact of life in my home, and I didn’t see it any other way. I wanted us to be
able to do things and for everything to not be so hard. I wanted to go to the grocery store
without someone throwing a fit or go on a walk without it taking two hours to get ready. It was
quite difficult to pretend to be a family that we were just not.

Things also grew difficult as I grew older and began to notice more and more how my siblings
were treated. People would often complain of my sister’s weird habits or ask why she was
wearing certain clothes to school that were different. She noticed as well as people moved away
from her or laughed at her. She would often ask me how I had so many friends or tell me that
she wished she was like me. It hurt me because I knew how much she had to offer this world
and how overlooked she was for just being a little different. My brother was also often treated
poorly as people would give me weird looks when he would not respond to their questions or
look away from them when they talked. I would try and compensate by saying “hi” and giving
them a smile. Then later they would ask why my brother doesn’t talk. No one understood them.
And it wasn’t as though they received special help a lot at school or other places, so no one perceived
that they had autism. They just assumed they were rude or that they didn’t care what others thought of them.
These assumptions are the root of many stigmas around people whom society may deem not “normal.”

But no one really is normal. And my sister and brother are probably two of the most fun and interesting people I know.
Autism is not something to be kept quiet or to be pushed aside if it is not made obvious. It is not a flaw but a gift as it
allows for so many unique and wonderful individuals, just like my brother and sister. They are able to see the world from
a different and unique perspective and to offer originality and independent thinking that others may have never thought of.
Their imagination has brought light, creativity, and laughter into my life and continues to brighten each and every day. So, I
am very thankful to be in a family that is much the same—but also very much different. 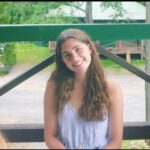 Kate Kissel is a 16 year old junior in high school and would like to major in psychology in college. In her free time she enjoys playing tennis, doing yoga, and hanging out with friends. She is also the middle child between two siblings with autism. Her passion for writing has brought her to start this blog as well as her desire to spread awareness on neurodivergent families and how autism impacts family life. She hopes that her story can help others in similar situations learn to love and appreciate themselves and their families just how they are.