Disabilities, Diversity, and a Discussion about Black History Month

The late Maya Angelou, a great African-American poet and civil rights activist, once said, “It is time for parents to teach young people early on that in diversity there is beauty and there is strength.”

Besides birthdays and anniversaries, there are two months out of the calendar year that have extraordinary significance for me. In 2014, at the age of 36, I was officially diagnosed with autism spectrum disorder (Asperger’s), and since that time I have been on a journey of self-discovery and self-advocacy. Being diagnosed after decades of struggling with social anxiety, sensory processing issues as well as being stereotyped and segregated from some sections of society, has caused me to have a greater appreciation for history, particularly a greater appreciation for my own history.

April is autism awareness month, and my diagnosis and my new found appreciation for history has ignited a passion for autism awareness, acceptance, and advocacy. April is only one month and there is far more work to do in our society in promoting autism acceptance than can ever be done in a month, yet April has still become special to me.

Then there is February. As we all know February is Black History Month. Beginning every first day of February, we turn our attention to reflecting on the many contributions that African-Americans have made throughout the history of this country. Black history month initially began as “Negro History Week” in 1926. Initiated by Carter G. Woodson, a noted African-American scholar, educator, and publisher, the aim was to include into the annals of American history, the significant names and notable accomplishments of its black citizens. Black history is American history, and in 1976 the week was expanded to an entire month in February to coincide with the birthdays of Frederick Douglas and Abraham Lincoln.

Growing up as a young boy, Black History Month was important to me because it allowed me to identify with amazingly successful people who had a tremendous impact on the lives of others and they looked like me. The late Maya Angelou, a great African-American poet and civil rights activist, once said

“It is time for parents to teach young people early on that in diversity there is beauty and there is strength.”

For me, that is the beauty of celebrating both Black History Month and Autism Awareness Month. It points our society to the ever-growing awareness that diversity is needed, diversity is beautiful, and diversity is what will make our society stronger. We need a culture that is constructed through the collaboration of different voices, voices that have narratives that are important because they inspire.

Of all that I have been able to accomplish in my life, one of the things that I am most proud of is my role in helping inspire my community to become more diverse and more inclusive. As a pastor, I am proud to lead a church that is intentional about diversity as well as racial reconciliation, disability awareness and inclusion, among the many other ways we strive to experience the beauty and strength that is born out of diversity.

Don’t get me wrong, we are by no stretch of the imagination perfect. We haven’t figured out all of the nuances of creating a space and a community that champions the cause of diversity, but we are devoted to the ideal, that without diversity as a community we are at best only at half strength.

February and April are important parts of the diversity discussion in our country, but what I have found to be challenging is the meaningful and intentional pursuit of creating more beauty and more strength by becoming more diverse in our recognition and celebration of people of color within the autism community.

Just two days ago I searched for autism conferences being held in 2017. While the results of my google search returned plenty of options all over the country and even abroad, one glaringly obvious observation brought me to the intersection of February and April. Many of the autism conferences had no keynote speakers that were people of color. As I spent over an hour combing through event after event and conference after conference, I discovered an overwhelming disparity in the lack of diversity within our neurodiverse community.

To be fair there are many great organizations that are focused on African-Americans and other people of color who are impacted by autism. These organizations are doing tremendous work, however majority of what many may consider to be the major autism conferences with the large budgets and big name self-advocates as keynote speakers, lacked diversity. Most of the presenters, parent advocates, experts, and those who make a living communicating about autism didn’t look like me.

The little black boy in me frantically searched for faces that looked like mine. Where are the voices of self-advocates who look like me? Where were the keynote speakers and facilitators of workshops and webinars that I could identify with? Without much resolution to my search it was then that the term invisible disability took on an entirely different meaning for me. It was in that moment that I truly felt invisible.

When current statistics show that African American children are diagnosed with autism sometimes as late as two years later than white children, we need to discover more ways to intentionally include advocates who look like those little black boys and girls. When reports show that regressive autism may occur as much as 50% more in black children than in white children, our community must do a better job at reflecting diversity by including the voices of black autists into the main stream so that parents and children have someone to identify with.

One of the primary talking points about autism is that it is truly a spectrum. It is a mantra that many in the autism community live by. While I wholeheartedly believe that autism is a spectrum, I also believe that the strength of our community will be increased when the spectrum ceases to be segregated.

“Diverse teams are more creative teams because they can benefit from the wide range of opinions, ideas and resources that diversity offers and apply it to a more thorough discussion at hand. Organizational experts also believe that non-diverse groups find it harder to keep learning because each member is bringing less and less unique information to the table. Similar people share similar experiences and acquire similar knowledge, but diverse people differ in their experiences and acquire diverse knowledge. In the end, the diverse group with access to diverse knowledge wins.”

As an African-American and as an autistic individual I love both February and April. I love the ability to promote diversity. I love my heritage. I love including the contribution of African-Americans into American history. I love the Autism community. I want us to win, but in order to be better, bigger, and more beautiful we must as a community commit to ensuring that diversity is a priority in educating the world about neurodiversity.

Open the stage to more voices of color. Call on those in the community that can provide our community and our cause with new experiences, new insight, and new learning opportunities. Create space for advocates who help build more beauty and strength into our movement by bringing ideas and resources to the discussion of autism. Help close the diagnostic gap between black children and white children by offering more faces of color to the conversation of early intervention and services. Let’s make neurodiversity a movement not just focused on diversity of cognition but also diversity of color.

This post originally appeared on The Autism Pastor and is re-posted here with permission. 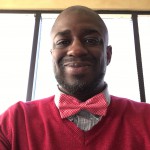 Dr. Lamar Hardwick is a husband, father of three boys and a pastor of a church located in Lagrange, Georgia. After decades of struggling with social anxiety and sensory processing issues, Lamar finally received answers after being diagnosed with autism spectrum disorder (Asperger Syndrome) in 2014 at age 36. Today, he reaches thousands through his sermons, speaking engagements, and his blog about being a father, husband, and leader in his church and community all while leaving with autism.

Just in time for holiday gift giving, there’s a new book for autistic people that is practical and just right for breakfast, lunch, or…

The application period for the 2023 OAR Scholarship Program opened on Monday, December 5, 2022, and remain open until Monday, April 24, 2023. Applicants…