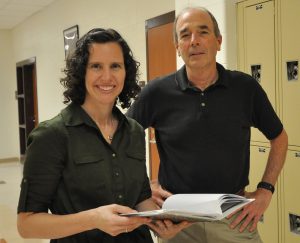 Kara Hume, Ph.D., is a member of OAR’s Scientific Council and an Advanced Research Scientist at the Frank Porter Child Development Institute at UNC-Chapel Hill. Hume strives to leave a positive impact on individuals with autism spectrum disorder and their loved ones.

In OAR’s history, Hume has a unique distinction. She was one of OAR’s first graduate student grant recipients in 2004, the year the program began. Later, she received an applied research grant. When she became a member of the Scientific Council in 2013, succeeding FPG Director Sam Odom, PhD., she was the first and only person to have received OAR grants at the graduate and applied levels, then ascend to the Scientific Council. To date, Hume has received two applied research grants.

Her journey to support the autism community began in high school when a service learning assignment gave her the opportunity to explore her interest in special education. She responded to a flyer for a family looking for assistance with their child with autism. At just 16 years old, she had found her calling. 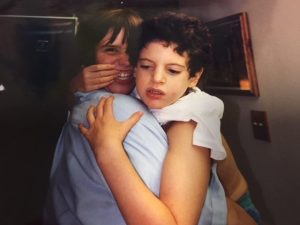 “I reached out to that family and started working with their little boy, who was eight,” Hume said. “He’s now, gosh, 35, and I have maintained a great, close relationship with him and his family… The connection that I developed with him and his family and all the potential that I saw in him is what inspired me to pursue this work, and it continues to motivate me every day.”

Back in 2004, she became curious about the effects of individualized work systems, an organizational strategy developed by the TEACCH Autism Program, in the classroom, specifically their impact with children with autism. It was that topic that led to Hume’s first OAR-funded graduate research grant.

“In my first study that was funded by OAR, I was working with elementary school kids to help them be more independent when they were completing tasks.” 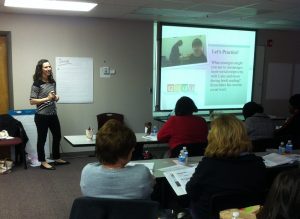 Focusing her research around helping children and young adults with autism gain independence, Hume continued her relationship with OAR.

“My student research grant and two applied research grants have allowed me to take my line of research around independence in a direction that I wouldn’t have been able to without OAR’s support,” Hume said.

Hume takes pride in the progress she has made with her research.

“The work that I’ve done with OAR funds is all about supporting individuals with autism to maximize their independence,” Hume said.

According to Hume, school systems have a history of over-prompting or utilizing prompt-heavy teaching methods with students with autism, so she decided to go in a different direction. Her research focused on shifting prompts from people to a work system.

“They were taught skills in their special education setting and then went and generalized those skills in their general setting using the same kinds of supports,” Hume said. “That was very successful.” 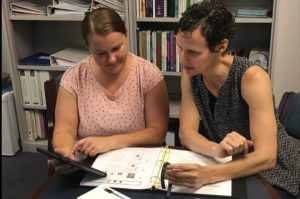 “I now have a whole line of research around supporting independence that really was started with my funding from OAR,” Hume said. Including Hume’s work, OAR has awarded more than $3.6 million to support over 233 applied and graduate research studies.

Currently, Hume is working on another applied research project with her postdoctoral fellow Melissa Savage, Ph.D., called “Step It Up: Increasing Physical Activity for Adults with ASD and ID through Self-Management.”

“I think OAR is one of the few places that really supports applied research,” Hume said. “Research that is having a direct impact on people currently living with autism and their caregivers and teachers and support staff.” 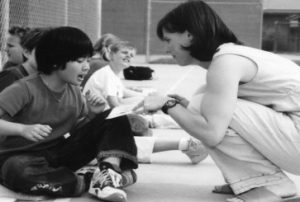 Where there is research, there is a goal. For Hume, that goal is to ensure the highest quality of life for people with autism. She wants to guarantee that they are equipped to be independent and successful in any environment they choose.

“I think really helping teachers, caregivers, and employers to view individuals with autism as highly competent and really able to do lots of activities and demonstrate lots of skills successfully is going to help to enhance the quality of life,” Hume said.

There are many larger financial sources available for researchers to fund their studies. Even with the millions of dollars in funds that Hume and FPG get from sources like the Department of Education, OAR’s grants hold a special place in her heart.

“To me, there’s something really special about the smaller projects that OAR funds,” Hume said. “It allows me to go deeper into a different line of work with a really direct impact.”

With over 25 years of experience in the autism community, Hume’s ambition for progress has only grown. Her work is never done. With the end of each study comes a new research proposal, and a new opportunity to change someone’s life.

“I always have a next idea,” Hume exclaimed.

Luis and the Team OAR Family In the summer of 2017, marathon runner Luis Plascencia was searching for a charity to support in the…

Jogging for Josh and Running for Autism   Alyssa Padilla found out about OAR through her dad, Dan Padilla, a long-time RUN FOR AUTISM alum.