And the Winner Is…Hire Autism | Organization for Autism Research

And the Winner Is…Hire Autism

When Eunice Lin Nichols, vice president and campaign director for Encore.org’s Generation to 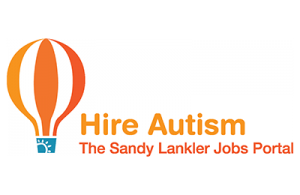 Generation initiative, announced Hire Autism as the winner of the People’s Choice prize to an audience of 150 Encore Conference attendees in Boston last month, they erupted with applause and cheers. Naina Chernoff, long-time OAR supporter and autism mom who had delivered a flawless three-minute pitch about Hire Autism just moments earlier, returned to the stage to accept the award for OAR along with Mike Maloney, OAR’s executive director.

“Winning the People’s Choice prize is a huge win for our autism community,” notes Chernoff. “Hire Autism offers the potential to change the life trajectory of many kids with autism. In turn, this will help families like mine be able to help our kids achieve the highest quality of life possible and provide volunteers with a unique opportunity to give back in their communities.”

Hire Autism won the $50,000 prize on the strength of Chernoff’s inspirational pitch describing the purpose and goals of the Hire Autism initiative. The journey to that moment began in July when OAR was one of more than 180 applicants. In August, Encore.org selected OAR as one of 15 semifinalists. At that point, a three-week public voting period began. Leveraging every communication channel it has and creating some new ones, OAR finished first in the voting, winning an automatic berth in the finals.

Chernoff was one of five people presenting pitches for how the organizations they represented would use people over the age of 50 to help young people. Encore.org’s mission is to build a movement to tap the skills and experience of those in midlife and beyond to improve communities and the world. Once the pitches were done, the audience vote combined with scores from the peer cohort determined the winner of the People’s Choice Prize.

“Boston was the culmination of almost four months of teamwork, team-building, and outreach,” says Maloney. “We started as a relatively unknown autism group with a great concept; we finished in the national spotlight, with a far more developed program plan and $50,000 to help make it grow.”

OAR will announce the Hire Autism Advocates Program and invite potential advocates to apply beginning November 1, with a goal of recruiting 10 advocates by January 1, 2018. By mid-2018, OAR expects to begin three or more regional tests with well-screened autism community partners. In years three and four, the program will expand nationally and serve at least 5,000 youth with autism annually.

Hire Autism is now in its pilot test phase in Northern Virginia. Persons with autism living in the Northern Virginia area who are seeking employment can register on www.hireautism.org. Anyone interested in serving as a Hire Autism advocate should contact OAR executive director, Mike Maloney via email.

Autism at Work, a collaborative effort between AFMC and Wright State University, is approaching its third year. It is designed to give the college student,...

As summer rapidly approaches, many job seekers are beginning to apply for seasonal positions. With help from our newest Hire Autism Navigator cohort, they won’t...

For Jobseekers With Autism, Having a Mentor Helps

This article highlighting the impact of OAR’s Hire Autism portal first appeared on Next Avenue.  The original article can be found here. “I’m usually hesitant...