“Transitions are not about what is probable but about what is possible.” This quote, slightly tweaked, comes from OAR’s Guide for Transition to Adulthood. It perfectly suits this August Perspective in which a small group of Lisa Higgins Hussman Scholarship winners and their parents describe how the post-secondary programs they attended are preparing them for the possibilities of adult life. 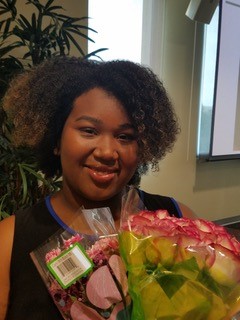 During the second semester, she did an internship at Florida Arts 4 All, which enabled her to explore her interest in graphic design. “The biggest thing I learned from that experience was that I needed to go to college to get more training if I wanted to be able to make a living that would allow me to take care of myself financially.”

Now in her second year at Hillsborough Community College in Tampa, Fla., with a 3.5 GPA, Sterling says, “I always hated school and never thought I would go to college but The Learning Academy helped build my confidence and showed me that I can do anything I set my mind to do.” In addition to her classes, she is a virtual mentor for Florida State University Center for Autism and Related Disabilities, working with middle and high school girls with autism. “I hope that my experiences can help and encourage them to not be afraid to follow their dreams and to never give up,” she says.

Setting a Foundation for Adulthood

For Paul Ferguson, also a 2019 scholarship recipient, the benefits are tangible and specific: that he learned how to cook and how to sweep, both of which help lay a foundation for self-reliance. Paul attends Barnabas Prep in Branson, Mo., a two-year faith-based collegiate program that challenges its students to grow into their best selves. In his first year, Paul was assigned to a cooking team, as all of the students are, that takes turns with other teams to prep meals. “He felt so proud of learning how to ‘be a chef,’” his mom, Julie Ferguson, notes, adding that the experience of learning kitchen safety, menu planning, and shopping skills sparked an interest in cooking for Paul. “He has been willing to accept constructive criticism and doesn’t give up when something is, at first, difficult to understand or master.” 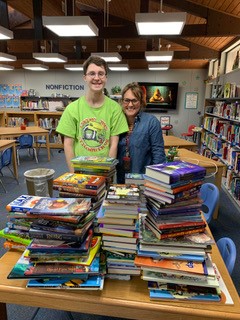 Julie has seen other ways in which what he has learned at Barnabas has fostered important skills in Paul. “He has become more aware of being available to help without being asked.  He’s also been assisting in cleaning at our church since we have been able to begin meeting again. Another life skill that he is honing is being able to plan ahead when he gets low on personal care items such as shampoo, soap, and toothpaste.  He now does all of his own laundry weekly from start to finish, including changing his own bedding.”

Living with a roommate for the first time has also been an opportunity to learn how to get along with someone and share space. Since it’s likely Paul will live in a group setting in the future, knowing how to speak up for himself and look out for the interests of others are key to building a foundation for his adulthood.

Most important for the Fergusons have been the self-advocacy skills he is learning. “Paul speaks up with his own unique opinions, likes, and dislikes, and asks for help when he needs clarification on instructions.”

Over his spring break, Paul helped the librarians at the grade school where Julie works sort supplies, rearrange books in their proper order, and accurately code a huge number of books so that the librarian could label the spines. That experience readies Paul for his second year at Barnabas with its focus on job skills and internships at local businesses. “I look forward to seeing what new confidence he will gain and how it will set him up for a successful future paid job,” Julie says. 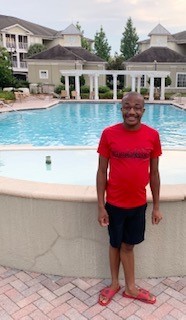 Jared McGhee, who received a scholarship in 2018, has found both independence and friendship through The On Campus Transition Program at the University of North Florida. Jared says that “meeting new friends and living on campus the first year and in an apartment the second year and being able to go to class and sporting events on campus” have been the best thing about the program. His dad, Joe McGhee, adds that the program “really promotes independence, encouraging him to be more verbal and routinely interact with peers, organizing his time, and experiencing life as a college student while preparing for life beyond college age.”

Jared has completed two of the four years of the program and looks forward to returning in the fall if possible, given the situation with COVID-19. “The next steps are to see how his skills and interest develop over the next two years of the program,” says Joe, who explains that Jared’s goal for a long time has been to work at Publix Super Markets. Currently he has internships at the campus café and the library.

The McGhees are considering Jared’s future options with one possibility being independent living at The ARC Village if Jared is comfortable with it.

With the foundation of the two-year TOPS program at Ohio State University, Hunter Primmer, who received a scholarship in 2018, was able to go to broadcasting school and receive a certificate in radio, TV, and broadcast media this summer. He also works full time at an Amazon fulfillment center. The certificate will help him fulfill his dream of being a voice actor. In addition, he says, “The TOPS program helped me become more independent and confident.”

This past spring Hunter received a certificate in workforce development from TOPS, which he says enabled him to live independently, work at a job, and take classes. While in the program, he worked at a college theater, children’s theater, greenhouse, and athletic center. He also took classes in the history of filmmaking, public speaking, and acting. “The best part was being in Ohio State clubs. For example I was part of an art club, chess club, gaming club, and Disney club,” he notes.

As Jordan Middleton prepares to enter her sophomore year at The CarolinaLife Program at the University of South Carolina, this 2019 scholarship recipient notes that being able to make her own decisions is the best thing about the program. “It has helped me to be more assertive, independent, and confident,” she says. 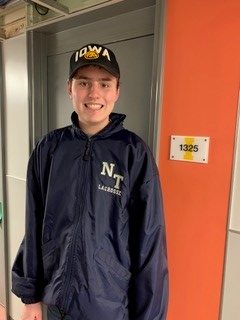 Adam Weber received a scholarship in 2019 for the University of Iowa REACH (Realizing Educational and Career Hopes) Program. “It has helped me learn how to be independent, how to interview and get a job that interests me, and how to get along with other people and work as a group.” Adam has completed his first year of the two-year program and looks forward to the internship component of the program, which begins in the second year. “Meeting and working with the staff has been the best part of the program,” he notes. “They are amazing!”

These programs give both their students and parents an open door into the potential of a rewarding, sustainable adult life. As Julie described Paul, “He actually visibly walks taller because he has gained more confidence in himself at Barnabas Prep!”