What Holds Self-Advocates Back | Organization for Autism Research

What Holds Self-Advocates Back

Elaina Fernandez is a 2016 Schwallie Family Scholar. Entering her second year at University of Montevallo, she shares her views on the ignorance and the lack of awareness about autism around her.

As a person with Autism Spectrum Disorder, I believe that the main factor holding back autistic people today – as it has been for many, many years in the past – is ignorance.

Ever since my diagnosis in 2012, I have researched autism to find out more about people like myself and how to cope with the issues I face. I have read articles written by autistic persons, their family members, medical professionals, and outsiders alike; however, a clear link between several of these pieces was the effect of widespread ignorance about autism. Sometimes this came in the form of autistic people and families recounting their own struggles, and sometimes it was shown through misinformed, scare-mongering pieces that spread misconceptions about the condition.

At this time, Autism Spectrum Disorder is not given the sort of widespread coverage and readily available information that many other disabilities are, and when it is covered in mainstream media, it tends to be demonized. This is especially concerning when one considers the percentage of the population living with autism or an autistic family member. In 2014, the CDC estimated it to occur in 1 in 68 births in the United States alone. No other condition that affects this many people has so little reliable information sources, and what does exist has to be sought out deliberately and with a strong critical perspective.

Ignorance poses many significant problems; notably, fostering stereotypes and myths. Without the necessary perspective, a layperson might see autism as a life-ruining illness and epidemic rather than a workable condition. While it can be a major obstacle for certain people in some areas, the autism spectrum is just that – a spectrum, affecting each person differently, and should not be painted with a broad brush. Generalizing people with autism as all acting a certain way leads to mistreatment, bullying, and abuse towards them from peers and even caregivers. Ignorance also leads to insufficient care for people whose symptoms manifest in unusual ways. Different individuals require different treatment and accommodations, and most often, it is necessary to get to know the person on an individual level to determine what is best for their well-being and quality of life.

When the term “autism” is used, people tend to imagine the most severe cases. They envision helpless sufferers detached from the world around them, recluses avoiding social contact, and loud, destructive meltdowns. But what many people fail to realize is that the autism spectrum affects people in a wide variety of ways, and some in ways that are not so immediately obvious. People with high-functioning autism, like myself, are often ignored or dismissed because they can pass for “normal”, and are expected to blend seamlessly into the neurotypical world without receiving assistance for the areas they do struggle with.

To draw from personal experience, many of my peers in high school were shocked when I told them that I had been diagnosed as autistic. They would do an impression of how they thought an autistic person would behave – struggling with basic tasks in much more severe ways than I did – and expressed disbelief that I could be “like that”. What no one seemed to realize is that there were many things I did struggle with, many of them involving social etiquette and intricacies that had always just gotten me branded as awkward, eccentric or “weird”. My peers seemed to think that autism was always extremely debilitating, and that those who had it were beyond help. It made me upset to see how little they understood people like me, because they had simply never been taught.

For those with low-functioning forms of autism, the elimination of ignorance would be dramatically helpful as well. Although this form of autism is more widely known, it receives a lot of negative publicity. Many people assume that low-functioning autistics are burdens on society who will never lead normal lives, which is untrue. Improvement is very possible with appropriate environment and resources. Because it is often more difficult for low-functioning people to advocate for themselves, it is important that they are surrounded by understanding peers who will take the time to learn how to interact with them, ensure their well-being, and treat them with respect.

It is clear to see the way ignorance hurts autistic people and their families. We need better public awareness and education from qualified individuals about autism and all the ways it can present itself, as well as care and treatment options. Most of all, neurotypicals need to see autistic people as people, not a disability, and be willing to educate themselves. I believe that this will generate more support, empathy and understanding from the general populace, and help ensure that autistic people are treated in a way that allows them to lead happy and successful lives. 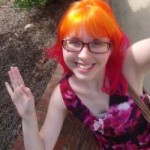 Elaina Fernandez is an art student at the University of Montevallo and a former scholarship recipient from the Organization for Autism Research. Diagnosed with ASD at age 14, she speaks from personal experience about issues facing the autistic community, and aims to use her art to help achieve this goal on a wider scale.

Advocacy: The Gift that Keeps Giving

During this time of year, it’s easy for us to get caught up in making multiple trips to retail stores and spending hours online shopping,...

The 5 Needs in Life: Still Going and Growing

“Do you remember the story about the Little Red Hen?” “Yes, I do.” “That story is why I want to learn to cook and want...

Sometimes, it is necessary for us to fail. I believe that failure is just a symbol of not picking myself off the ground hard enough....