Use of Evidence-based Practices

Evidence-based practice (EBP) is very much the buzzword in educational and therapy programs for children, youth, and adults with autism spectrum disorder (ASD). By EBP, we mean intervention and instructional practices or programs having scientific evidence that shows that they are effective. The EBP movement came from the field of medicine and dates back nearly half a century to Dr. Archie Cochrane. He was a physician in the United Kingdom who was appalled that the practice of medicine and health care was not being based on scientific research. His work led to formation of the Cochrane Collaboration, which sponsors reviews of the scientific literature. You can read brief research summaries about practices for children and youth with ASD that are effective (for example, early behavioral intervention, social skills training) on Cochrane’s website as well as summaries about practices that are not effective (for example, chelation therapy, secretion, auditory integration, hyperbaric oxygen therapy, etc.).

The evidence-based movements in clinical psychology and education very much followed the momentum created by Cochrane’s work. For autism specifically, two research groups, the National Standards Project and the National Professional Development Center on ASD (NPDC), conducted systematic reviews and identified focused intervention practices that are evidence-based. These reviews provide a basis for teachers and clinicians to make decisions about intervention and service practices based on science. It is important to note that having the information about which practices are evidence-based is a starting place for treatment or instruction, but practitioners must also use their professional expertise in selecting the practices based on child characteristics, family priorities, and context. Also important is that federal laws governing education, such as the “Individuals with Disabilities Education Improvement Act” and the “Every Student Succeeds Act,” require practitioners in schools to use evidence-based practices. Similarly, insurance companies are developing standards for reimbursement for services based on whether practices are evidence-based.

With any organization, introducing and supporting change is challenging. School and service agencies are no different. The common barriers to learning and using evidence-based practices are time (for training, consultation, and feedback), resources (having information about practices in an understandable format), and teacher beliefs or philosophy. The active field of implementation science can support organizations in their adoption of an evidence-based practices approach and training their service providers to use the practices with fidelity. Drawing from the principles of implementation science, the NPDC has developed one such approach in working with schools and their students with ASD.

One link in the transition from research to practice is translation of the scientific information from academic journal articles into practical instructional and intervention approaches that practitioners can use. To bridge this gap, NPDC has developed AFIRM, online training modules that present specific information in an understandable way about each of the 27 practices that NPDC identified. Currently, these modules have been accessed by over 35,000 new users in the United States and internationally.

Moving into the future, the evidence-based practice movement will have an ongoing effect on the lives of children, youth, and adults with ASD and their families. New research is coming out all the time, and the intervention research literature is moving quickly. In their review published in 2014, NPDC researchers found about 29,000 possible articles published between 1990 and 2011 that could qualify for the review (eventually narrowing the number down to 456). In an update of that review by the newly formed National Clearinghouse on Autism Evidence and Practices, researchers found about 25,000 articles just for the years 2012 to 2017!  That adds up to almost as many articles in the last five years as were published in the previous 20 years. As this new information becomes available, the challenge for practitioners is to stay informed about the most current effective practices.

The laws requiring evidence-based practice noted above, as well as the increased awareness of parents and professionals, are going to push the demand for translating science into practice. The updated review by the National Clearinghouse on Autism Evidence and Practices will support practitioners’ use of the most current scientific information available. Also, new and innovative models for supporting implementation in schools and service agencies continue to emerge. The field has taken a major step forward in basing practice on carefully examined research rather than intuition, unsubstantiated marketing, and even fabricated results of “scientific” studies that are later refuted. This evolution in the field holds great promise for the future lives of children, youth, and adults with autism and their families. 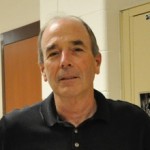 Samuel L. Odom, Ph.D., is director of the Frank Porter Graham Child Development Institute and a professor in the University of North Carolina (UNC)-Chapel Hill School of Education. He is the author or co-author of over one hundred publications and editor or co-editor of eleven books on early childhood intervention and developmental disabilities. He is also an OAR-funded researcher. His current research focuses on autism spectrum disorder although his past research has addressed topics related to early childhood inclusion and preschool readiness. 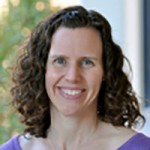 Ring in the New Year with RUN FOR AUTISM!

Starting a new year is a great time to tackle new challenges and begin new habits. The RUN FOR AUTISM is here to help…