Autism advocacy groups across the country are celebrating after a decade-long battle with state legislatures now that the nation’s leading health care provider plans to insure coverage for applied behavior analysis (ABA) for individuals on the autism spectrum.

Starting in January 2017, UnitedHealthcare (UHC) will be modifying its standardized benefits package to offer coverage of autism’s longest standing treatment plan to all of its commercial members. Coverage will be extended to all constituents, whether they are contracted in “new [or] renewing fully insured small [or] large group plans,” notes UHC in its announcement. Although ABA coverage is already mandated in 46 states, as well the Virgin Islands, UHC plans to offer coverage to shareholders in all 50 states, including those that do not require autism insurance.

“This is one of the most significant developments…for families who need access to ABA,” said Lorri Unumb, Esq., vice president of state government affairs at Autism Speaks, in an article about UHC’s plans. “With one fell swoop, the nation’s largest health care insurer has now validated and standardized health insurance coverage of ABA.”

In its announcement, UHC said that it recognizes that the demand for ABA coverage is on the rise among consumers and in the marketplace. Insurance holders familiar with ASD are hardly surprised, as families within the autism community anticipate an annual expense of roughly $17,000 per child for autism support services alone, according to one study in 2014. Another study published in the same year adds that individuals on the spectrum with an intellectual disability are projected to spend approximately $2.4 million over the course of their lifetime on autism support services. In contrast, individuals on the spectrum without an intellectual disability are likely to pay upwards of $1.4 million for similar assistance programs.

The 2014 study further elaborates, “The economic burden associated with ASD is substantial and can be measured across multiple sectors of our society. Previous analyses…underestimated this economic burden, particularly for school systems.”

UHC’s move towards standardized ABA coverage acknowledges and alleviates this financial burden and, according to Unumb, in an article on the disabilityscoop website, is liable to affect an estimated 250,000 members currently contracted with the health care provider. This is a considerable triumph for autism advocates in the public policy arena, comparable to the strides made in 2015 when the Affordable Care Act (ACA) was enacted. Through the ACA, insurance holders were granted autism coverage in a whopping 29 states, along with some level of autism insurance in a total of 41 states and the District of Columbia.

Even so, UHC cautions that “full care management must require advanced notification or prior authorization, depending on the benefit plan” and that “clients remaining on Standard Behavioral Care have access to [UHC’s] ABA network and claim adjudication, but do not have access to outpatient clinical management of ABA.”

UnitedHealthcare’s package is the first of its kind to underscore autism’s standing as a public health concern and normalize behavioral treatments tailored to individuals on the autism spectrum. Autism advocates are hopeful that it will be seen as a national precedent that other insurers will follow.

Katrina Kennedy, M.Ed., is a 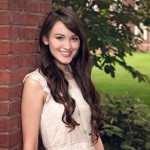 service coordinator at the Massachusetts General Hospital. She has both published and presented research relevant to child health and education issues, and continues to volunteer with non-profit organizations that provide services to the autism-affected and homeless communities. Katrina has also co-founded her own charity initiatives, including The Dorcas Knit Project, which aims to destigmatize and care for homeless children with disabilities. More recently, she has collaborated with the Harvard Graduate School of Education and Boston Public Schools to improve inclusive education practices within the BPS district.

Hearing Test May Hold Potential to Diagnose Autism at Birth

A routine hearing test administered to newborns around the world may also be able to alert doctors and parents to autism, according to a study,...

Three recent studies highlighted in the news have focused on healthcare and autism, with implications for autistic adults, young adults, and children.   Chronic Physical...

The Challenge of Face Masks

This school year has created many challenges for parents. Should I send my kids to school? Or let them learn at home virtually? In many...