Trying To Live A Life Like Theirs | Organization for Autism Research

As both an adult on the autism spectrum and an advocate for disability rights, my main goal has been to live “a life like theirs [those without disabilities].” In other words, I think everyone regardless of disability status should be entitled to independent living, especially when it comes to housing and employment. Throughout my life, I have defined my diagnosis, rather than let it define me.

Housing is one way that I have advocated for my rights and independence. When I reached adulthood, I applied for a housing waiver from the Commonwealth of Virginia, which would provide me with subsidized housing. After being on Virginia’s waiver waiting list for eight and a half years, I finally received support services and subsequently, the opportunity to get my own place to live.

The state offered several options for an apartment.  As a non-driver, I advocated for one close to a bus line in order to access my workplace as well as local stores and services. In addition, I asked for a two-bedroom unit, as I did not want to feel too confined. This required completing paperwork to discuss my additional issue of anxiety in order to qualify for the larger apartment. In the end, I was successful in getting a two-bedroom apartment in Leesburg, Va.

It was from coming to understand the waiver, including how long it took to get services, and receiving the housing choice voucher after the Department of Justice settlement that I began to advocate in earnest. I wanted to live independently, but knew I needed support for certain activities of daily living. It didn’t seem right that I and so many others had to wait so long for services. After talking to my case manager and the director of advocacy at The Arc, I learned that speaking to those in power could be really effective, and that is what I decided to do.

Throughout my high school years, I understood that employment was one key step with regard to establishing independence. When I began working, I found that I needed to advocate for the right of people on the autism spectrum to have jobs. After graduating from college, I realized that the need to advocate for employment that met my skills and interests was even more important.

As I investigated employment opportunities in my area, I grew a little frustrated. I wanted to move on from my longtime job in retail to something more in line with my career goals: working as a library assistant and/or with archives. During this time, I met with Kristen Umstattd, my representative on the Board of Supervisors in Loudoun County where I live. Afterward, she wrote to suggest supermarket or retail jobs and stated that these were the types of jobs she knew of for people with cognitive disabilities. I appreciated her response, even though these jobs were not what I wanted. I made an appointment to meet with her, in hopes that she would gain a greater understanding that people with disabilities have all types of skills. We chatted about my goals, experiences, travel, and disability. Afterward, I received an email thanking me and suggesting I apply to a private library, along with some other more relevant suggestions. I now felt like I was being heard.

As a lifelong lover of books and reading, I feel so fortunate to have found a job in my local library system, which I have had for the past several years (prior to that I was a paid employee in my high school library during my junior and senior years). In addition, I have always considered my position at the library to be one that fits my skills and addresses my sensory needs for movement throughout the day. I started out as a volunteer, eventually getting hired four years ago as a substitute library page following eight applications and interviews. I used the interviews to accept feedback and develop my interviewing strategies. This opportunity has been very positive overall, as both staff and patrons have praised my hard work, attention to detail, and great attitude. By demonstrating these skills, I prove on a daily basis that people with disabilities are worth hiring. We have the same skill sets as others; we might just require a different approach or accommodation to do it.

I am humbled yet very proud to have been part of several worthwhile opportunities, experiences, and events with regard to my commitment to disability advocacy. The highlights include:

Once, I even had an hour-long conversation with my mom and then Va. Attorney General Mark Herring regarding disability rights. Getting involved with the disability advocacy group, The Arc of Northern Virginia, has opened many advocacy opportunities for me, such as the trip to the Virginia State Capitol. I would highly recommend this group or any group that supports advocacy, if you are interested in or have a passion for disability advocacy as I do.

Each time I advocate for the disabled to enjoy a “life like theirs,” I feel that I am a positive influence in my local disability advocacy community. For example, I have received great praise from my peers on the autism spectrum and also people with and without disabilities who have attended public events at which I spoke up for my rights as well as those of others. Meeting with high-level politicians like Herring and Wexton not only increased my self-esteem with regard to being a disability advocate, it also increased my passion for advocacy, as I now realized those in political power were listening to me.

While I got off the waiver list a few years ago and reached my goal to live independently, more than 12,000 Virginians are still on the list, which I believe is unfair. Hearing that was one more reason for why I continue my advocacy for a “life like theirs.” Everyone, in my opinion, should be entitled to live the life they want to live regardless of their abilities. 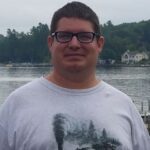 Corey Weisman was born in 1988 in Salisbury, Md. He was diagnosed with being on the autism spectrum in 1992 and moved with his parents to Leesburg, Va., four years later. He is a proud graduate of George Mason University with a Bachelor of Arts. in history. He works part-time as a substitute library page for the Loudoun County Public Library. In addition, he has for many years advocated for disability rights.

What We Need to Know About AAC Interventions

One of the most significant characteristics of autism spectrum disorder (ASD) is a “delay in, or total lack of, the development of spoken language.” The...

We Reillys are a typical family making our way through the 21st century. My wife, Linda, and I met in college and married in 2000....