My son’s name is Steven, and my name is Marian.  We live in Lake Worth, Florida.

Steven is 23 years old and works for his father doing yard work.  He isn’t happy working outdoors but he does nice work, with a small group and knows all the clients.  When we discuss other things for him to consider his response is “I don’t like anything”.  We have gone through Vocational Rehab and tried college but he just doesn’t seem to be able to focus on any one thing.

His anxiety and lack of social skills get the better of him.  He basically will hover over a group, laugh when they laugh and just move around without conversing with anyone.  He keeps telling me he wants friends and he would like to meet someone and maybe have a family someday.  He comes home from work and goes to his room to play video games.  He does love animals and is very good with small children.  Steven is bright and qualified for college but he has reading comprehension problems and does not know how to study.  He evidently memorized his work as he went along.  His math skills are great but nothing we suggest is of any interest to him.

I don’t really know how to help him find friends to pal with and a work position that would make him happy. Any ideas on where I begin? He is a real sweet young man and easy going. Please offer any words of advice.

It is nice that you decided to open up about Steven who definitely has a lot of good qualities.  He certainly does not represent an extreme version of someone on the autism spectrum who is 100% unemployed and has idle time to get into trouble.

If Steven’s goal is to have friends and be around people who value him as a human being then you may explain this could be achieved by finding some venue of employment even if it is as simple as working in a supermarket.  Many individuals on the autism spectrum will find a social life in the workplace where they are valued for what they bring to the table and not necessarily superficial qualities like their fashion sense or having normal habits.  My position at the College Experience for Living Resources, Inc. is working out nicely because my co-workers do not care if they catch me squeezing Play-Doh at my cubicle or watching YouTube videos about Nickelodeon commercials from the 1990s as long as I am demonstrating that copious amounts of work is being completed.  He may not find a girlfriend at the workplace, and I certainly do not recommend he look in that environment.  But his co-workers may take him out for his birthday and make him feel like a valued member of the team!

The video game obsession is one that will not go away anytime soon if not… ever.  It also does not help that Steven is an adult who has the right to play video games more so than when he was ten years old.  Perhaps it will be possible to compromise and agree upon three days a week when he can play video games for as many hours that day as he chooses.  See how it goes and maybe it will clean out the craving.  I remember a time when I became obsessed with Netflix- it felt as though the heavens had opened up.  Binge watching movies that I had already seen eventually lost its luster though.

I am wondering whether you have any autism support groups around your area?  In New York State we have the Global and Regional Asperger Syndrome Partnership (GRASP), Inc. that has helped me in the past.  I used to take the train to New York City from Poughkeepsie to attend the meetings and they really helped expand my social network and understand how many others were enduring the same challenges.

It is true that Steven is bright, although this may not be enough to survive in a mainstream college.  Perhaps you should look into a specialized program such as the College Experience where I am currently employed.  It will give him the chance to attend college with all of the needed support.  There is also the Bridges Program in places like Adelphi University where I actually met my current girlfriend, Alison.

Jesse A. Saperstein, age 34, is a best-selling author, autism self-advocate 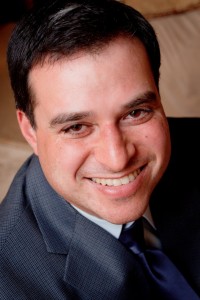 and motivational speaker from New York. He has Asperger’s Syndrome and is a highly respected leader in the Anti-Bullying movement. After graduating from Hobart and William Smith Colleges, Jesse successfully hiked the 2,174-mile Appalachian Trail to benefit the Joey DiPaolo AIDS Foundation, raising more than $19,000 for children with HIV/AIDS. In his personal life, Jesse was exposed to the harsh realities of living as an adult on the autism spectrum and decided to write a book to advocate for his peers who are not always granted a voice.  Jesse’s story, Atypical: Life with Asperger’s in 20 1/3 Chapters, became a popular memoir due to its practical advice and humor. Jesse visits schools on a regular basis to speak out against bullying and helped introduce a new anti-bullying curriculum to New York City public schools.  He has spoken in front of the United Nations and the Mall of America in Minneapolis, MN among many other places.

His second book, Getting a Life with Asperger’s: Lessons Learned on the Bumpy Road to Adulthood focuses on surviving the difficult transition into adulthood if someone has an autism spectrum disorder. He currently serves as the Activities and Media Liaison for the College Experience run by Living Resources, Inc. in the College of Saint Rose.

College: What I Wish I Knew Before Coming

Question: What do you wish you knew before coming to college? Answer: How to be an adult. I feel like we tend to neglect a...