Teaching naturally attracts advocates and activists. Inevitably, most teachers are convinced they can work within a system to promote change. For some of us, the act of becoming an educator was a form of rebellion.

I have met a lot of rebels in education. There are principals who were special education students. I’ve met district administrators who, as young adults, completed equivalency programs, passing the GED exams to qualify for college admission. The number of non-traditional college students who become educators impresses me. These are working single parents, military veterans, and a formerly homeless person who lived in his car while finishing college.

When one of these amazing individuals admits that it surprises them to encounter colleague with autism, I’m humbled…and saddened. Several books highlight the academic successes of autistic self-advocates. I recommend the essay collections Autism All-Stars (edited by Josie Santomauro) and Aquamarine Blue 5 (edited by Dawn Prince-Hughes) to learn more about scholars with autism.

Admittedly, I mistakenly assume teachers, parents and students are familiar with the Neurodiversity movement, especially considering how many autistic people have earned graduate degrees and work within education. Temple Grandin might be the best-known autistic professor, yet I know at least two dozen more, many of whom work in the arts and humanities.

The teachers on the autism spectrum with whom I’ve collaborated experienced the worst of our educational systems. Most of us, though not all, were in special education programs or received dedicated supports in elementary school. The level of supports we received corresponds with our ages: the oldest of us received the least supports. All of us experienced biases and misunderstandings about our autistic traits. We became teachers because we wanted to change an educational system that hurt us.

When I began my student teaching, a college professor said I would never be able to relate to students. She said I knew all the materials and could pass any exam on either subject matter or pedagogy, but I did not belong in a classroom. I thought such attitudes would change as time passed, but I encountered biases against individuals with autism throughout my studies. I convinced myself that proving my knowledge and demonstrating my teaching skills would change minds. Instead, I exhausted myself trying to be the best graduate student possible.

I earned perfect marks in both my master’s degree and master of fine arts programs. During the MFA, my wife and I both had medical emergencies, and we became foster parents. I also taught part-time. Yet, I completed the terminal degree in less than two years with extra units. My autistic traits include an extreme focus when pursuing an interest. That same focus carried me through my doctoral program.

Professors in graduate school made insensitive comments about my autistic traits. I was told to smile more. Make more eye contact. Stop fidgeting when I speak. Spend more time socializing with colleagues. I received a lot of thinly-veiled critiques of the very traits defining autism. And yet, these convinced me I had to be an educator and a role model for others on the autism spectrum.

My autism makes me a good university instructor, as demonstrated by student evaluations of my courses. College students need a balance of structure and freedom. Because autism features impaired executive function, I need a clear schedule, clear grading standards, and well-defined guidelines. Young adults are developing their executive function skills, so the methods I use to maintain structure help my students succeed. Students comment on my use of print and online calendars, for example.

Students with disabilities and with different learning styles appreciate that I record lectures as podcasts, post my lecture outlines, and use slides during discussions. In-class discussions are supplemented with online forums, so students who like to reflect before asking questions have time to do so. The accommodations I make for myself serve the entire learning community.

My teaching strategies reflect classic theories that students benefit from “bookends” that reinforce information. We review past materials with warm-up exercises. I introduce new ideas and work through questions with the class. Then, students work in small groups to explore problems. Class ends with a summation from students of what they have discovered. The structure helps me remain on task, too. I read a lot about the science of teaching, relying on research supported pedagogy. Curiously, research supports group work, which most students with autism dislike.

I do not perform well in collaborative groups because the social dynamics confuse me. Because I struggle with groups, I allow groups to use online spaces or physical spaces for collaboration. Most groups use a mix of these approaches. Groups lead discussions throughout the second half of most of my classes, after they have observed how I scaffold lessons.

Instructors with autism should be valued members of academic communities. We are passionate about our subjects and detail-oriented. We do well as classroom instructors. Yet, higher education requires social agility we might not master.

Workplaces, including academic departments, are social settings. Success often depends on connections I do not form easily. Conferences and networking events cause sensory overload and anxiety, so I might appear on a panel then leave soon after. Committee work, advising student organizations, and other aspects of being a professor also prove difficult.

Despite positive evaluations and peer observations, I have not earned tenure as a professor. Sadly, neither have many of the autistic university instructors I know.

I would love nothing more than to have a genuine career in higher education. 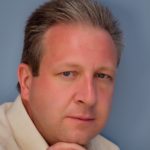 Christopher Scott Wyatt began blogging as The Autistic Me in 2007, at the age of 39. Wyatt avoided becoming an autistic self-advocate until he realized things had not improved significantly since his childhood. Blogging led to invitations to appear at regional and national conferences. Wyatt also provides training to schools on how to better accommodate students on the autism spectrum. Along with his wife, Susan, he also frankly discusses relationships and parenting. The couple lives in Central Texas with their two young daughters.

How to Succeed in Your Child’s IEP Meetings

This blog post has been adapted from “Chapter Two: Individualized Education Programs” of OAR’s resource “Navigating the Special Education System”. One of the first phrases...

Being Social in Isolation Through Social Media

Right now, in the midst of the pandemic, the autistic community is in a very vulnerable place. With former commitments and structures stripped away or...

Whether your child struggles with nonverbal communication or has atypical speech patterns, therapy should not end when they leave school. While shadowing and participating in...

Support OAR this holiday season and double your donation! Give Today
+
We use cookies to ensure that we give you the best experience on our website. If you continue to use this site we will assume that you are happy with it.OkPrivacy policy