It is a grey autumn day in New York City in 2002. We are standing in the waiting room of New York Eye and Ear Infirmary of Mount Sinai Hospital waiting for the results of Josiah’s exploratory procedure. We are accustomed to seeing our son in a hospital setting. He was in the Neonatal Intensive Care Unit for two weeks postpartum due to a mysterious “floppiness” and unexplainable striations on his lungs. But this is different. My mind is consumed with worry that my five-month-old son has cancer. The feeling is unlike any I have experienced since — a dread that tears at the seams of rational thought and an overwhelming sense that heartbreak is around the corner.

Once the procedure is over and we are in the recovery room with our son, I am struck with how very small he is, surrounded by medical equipment and wires. The doctor begins with those dreaded words, “Mr. and Mrs. Kim, I have bad news . . .” and I just about faint; but then, “your son has persistent hyperplastic primary vitreous.” So not cancer. Relief washes over me, but it is temporary. At every turn throughout Josiah’s childhood, a new discovery concerning the mystery that is Josiah and his diagnoses would be revealed. And each time it would recall the emotions and fears that surrounded us in that hospital waiting room in 2002.

Like many autistic children, Josiah was diagnosed and misdiagnosed with myriad conditions. It was years before these were consolidated into the main six: autism, attention deficit hyperactivity disorder, hypotonia, coordination disorder, language disorder, and specific learning disorder. Along the way, he would be miscategorized as an English language learner and intellectually disabled to account for how little he spoke and seemed to understand. 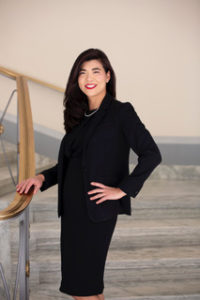 While stationed at a military base in North Carolina, I asked why my son had been placed in the English as a Second Language (now English Language Learner) class and was told that my tone and approach was abrasive and my question was dismissed. In the same Department of Defense school, his services were significantly reduced based on the fact that we, as an Air Force officer family, could afford better services privately. Besides, would it not be the kind thing for the chaplain’s wife to agree to let other children receive the speech, language, and occupational therapy services that Josiah was receiving? Meanwhile, services through Tricare were few and far between. We would ultimately end up paying out of pocket for these services and more.

Looking back, it would seem that there was more negative than positive. However, there were great positives in our lives. We had an abundance of love and support from our military community. They rallied around Josiah and gave of their time and talents to support us. We would hear from other military parents of children on the autism spectrum who would share their experiences at various duty stations, comparing which ones had provided their children adequate services and those which had not, and strategies for fighting for the services our children needed.

In the years since, I have become a special education attorney in Northern Virginia, largely due to the struggles we encountered in trying to ensure Josiah received the special education services he needed. I am also a founding member of Partners in Promise, an organization focused on telling the stories of our military special education families and working towards real solutions for the issues we face. While the Individuals with Disabilities Education Act is about each student’s unique circumstances, there are connecting themes within the military special education community, especially the military autism community. Through the Partners in Promise annual survey, we found that those themes include school districts withholding services and waiting until the military families move to another duty station, school districts refusing to implement individualized education programs (IEPs) and forcing military parents to consider filing due process litigation or even school districts filing due process cases against military families. 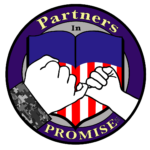 Some military families with autistic children decide to live apart from the military service member so that the children can have stability in their education, as the inconsistency of starting over every two to three years can have a devastating impact. Others choose to separate from active duty rather than move to a duty station with a history of special education issues and insufficient services for our autistic children. Ultimately, this was the choice our family made. It was very difficult, as my husband loved serving our country as an active duty Air Force chaplain. But Josiah was at a point in his education where the disruption of another move would be disastrous.

When we consider the issues faced by the military autism community, it is clear that continuing with the status quo is indefensible. While telling our stories is important, we also need to collect data on how our autistic children are or are not accessing an education and work towards real solutions. Partners in Promise has proposed several solutions, which include conducting a study of military families with children who have IEPs, setting parameters and requirements around remote enrollment, and IEP consent requirements for military families moving into a school district due to military orders.

Our military families deserve better, our autistic children deserve better. Change is possible and I am excited by the progress that has been made since that autumn day in 2002. My son has opportunities for career and success that may not have been possible without the support of a strong community and the experiences of those who have gone before. I look forward to continuing the journey and finding solutions for the military autism community and beyond. 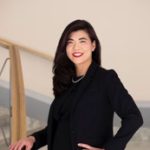 Grace E. Kim is the principal attorney with The Law Office of Grace E. Kim, P.C. Her practice focuses on special education and education law. She has been working on behalf of children with special needs since 2002 as a mother of a differently abled autistic child, which led to her career as an attorney. She is a founding member of Partners in Promise, an education and advocacy group working on behalf of military special needs children, and lectures on special education and related topics for various local and national organizations. She lives in Virginia with her husband and two children.

My Journey to Advocacy: A Law Student and Mother’s Perspective

I still remember the day before my son’s first Individualized Education Program (IEP) meeting. I was so nervous that I wrote down everything I wanted...

A new effort is underway to help zoos across the nation become more welcoming to individuals with autism.