Stop Caring About What Other People Think | Organization for Autism Research

Stop Caring About What Other People Think

Laina Eartharcher is a self-advocate and a doctor who is working to fully embrace and love herself. In this post, which was originally posted on Laina’s blog, Laina discusses the internal struggle she is currently having. In writing about this struggle, whether or not to listen to what other people think, Laina provides valid viewpoints from both sides.

The title could certainly be construed as advice.  But it’s also a Note To Self.  And it’s one that’s easier recited than actually adhered to.

There’s this Eternal Inner Duel going on within my core.  One side wants to say “screw ’em; who cares what other people think?” and the other says, “but Because The World.  And you have to survive in it.”

Frustratingly, they’re both right, which is likely why neither side has “won”.

The “screw ’em” camp within me has a valid point.  After all, most of my actions don’t affect anyone else, and who cares if I stay in my apartment most days?  Who cares if I wear loose-fitting, casual clothing?  Who cares if I didn’t wash my hair last night?  And a handshake upon meeting someone is simply a momentary gesture, here and gone before you know it.

I’ve done a splendid job of refusing to live by American Mainstream Society.  My partner and I bought a house before we had jobs; we lived together for almost a decade before we were married.  We started our own business in a city we’d hardly spent time in but felt an intuitive magnetic “pull” toward.  I don’t adhere to the biological female stereotypical gender roles, and my partner doesn’t tend to follow most of the male stereotype, either.  We don’t follow trends or very many social rules beyond basic politeness.

The “Screw ‘Em” Side is convincing; after all, nobody else has to live with the sheepishness I feel after having had to mask my true self or that aspartame feeling I get when I’ve felt socially pressured go through some motion that seems pointless to me but flips everybody’s shizz if I don’t.  They don’t start going through the self-questioning later that evening when they get home and wonder “what was the point of that?  What actual Social Points did I score with anyone today, and will they actually last, or will I have to keep doing it?”.  They don’t feel inadequate, they don’t fear that if they showed the world their true selves they’d be left with few friends.  I do.  I feel the sheepishness and inadequacy, the fakery of showing unearned courtesy toward strangers who might just turn and bite my backside.

(Or do they?  I imagine most humans experience thought-trains like these, but perhaps not seemingly as often as myself and other Asperger’s/autistic people I’ve come across.  For other members of society, it seems to be more of a brain-“app” they run occasionally; for me it seems like a default onboard setting that I can’t turn off, no matter how much I hunt for the switch.)

On the other hand, the Other Side, the one that wants me to pay attention to what others think and actually give a sh*t, also makes a valid point.  After all, I have to get along in this world.  I have to maintain peaceful relationships with my family and neighbors (doing so with my friends is, naturally, easy).  I have to cast myself in an attractive, energetic, role-model-worthy light to people at work.  I have to fulfill duties and responsibilities, and many of those require the help and support of others.  Therefore, it pays to Play Nice.

I reckon, then, that the battle of Who Should Care Less (and Who Should Care More) will rage on, and I don’t yet see any hope of an ending in sight.  For the time being, it is what it is.

I suppose my answer for the time being is that I should attempt to balance the two opposing forces.  Perhaps there’s a demilitarized zone somewhere in the middle, where I find some sort of happy medium.  Maybe I conform to the basic social niceties, but without going overboard and transforming myself into a doormat.  Maybe I maintain my own identity and integrity by exercising my own uniqueness and individualism in “healthy”, socially acceptable ways.  For example, favoring “indie” music over “pop” music is fairly harmless; few people beyond age 12 will shun you for your musical tastes.

But that’s about all I know.  I’m still floundering for the rest. 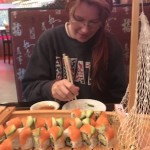 Although Laina is an pseudonym, Laina is very much a real person. In fact, she is a doctor with a love for human biochemistry, natural medicine, music, and the Texas Hill Country. She loves books just as much as she loves technology! Follow Laina on Twitter at @TheSilentWave

6 Steps for Disagreeing with Your School District

This blog post has been adapted from “Chapter Four: Advocating for Your Child” of OAR’s resource “Navigating the Special Education System”. As many parents of...

Growing up, school for me was, in a word, difficult. I knew this ever since about fifth grade when I first began receiving actual homework....

The Meaning of Peer Support in Behavioral Health What comes to mind when you think of the word peer? Someone who we can connect with...