In this piece, self-advocate Ethan Hirschberg reflects on how social anxiety and stress can often be a result of underlying issues or worries.

I’m not exactly sure why, but recently I’ve noticed that my social skills haven’t been on point. They’ve never been fantastic, however, right now I feel that my interactions have been more bumpy than in the past. You all know from one of my previous posts how I have certain difficulties. Within the past month, these difficult situations seem to be increasing.

One of these incidents happened a week or so ago at my karate studio. I was instructing on the mat and for some odd reason I was convinced that the lead instructor (one of my good friends) was frustrated with me. I was sure of it, but didn’t know why or how. I later texted this person to ask and was told that I did nothing wrong and that this person did not even feel frustrated!

Another occurrence happened at school, when one of my classmates and I were working on a group project. We were making a presentation and talking. When he looked me in the eyes, I felt unusually uncomfortable. I just forgot about it and kept working. For a while I was baffled as to the reason why these social instances kept happening. One of my teachers told me that it might be in response to a different social situation! Maybe something else was going on? Could it be that I’m experiencing a new social difficulty that I’ve never experienced before? Then it hit me.

I’m afraid of losing the people I care about.

Let me explain: In the second week of June, I’ll be losing three important people in my life to college. Yes, they’re graduating. And I’m so excited for them, yet terrified. Some may be more important than others, but it doesn’t really even matter. I know that we will still keep in touch, but that doesn’t keep me from being nervous. I know that things will be different and I’m not a huge fan of change. I’m scared that my friends who are already extremely busy will get even more busy, too busy to talk on a normal basis. I find myself stressing out.

I told this dilemma to the same person that told me that I might be having difficulties due to a new social stressor. The response: “That’s it! That’s the reason!” Out of this entire experience, I’ve realized two main points for when I’m having a weird social issue. Due to the sudden increase I experienced, I learned that social stress can have an underlying root that just needs to be dug up. I also learned that as a teenager with Autism that tends to overthink things without taking them for face value, it’s crucial for me to get a second opinion from a non-related party. That’s really all that matters.

I’d just like to take a moment to say that as last week, The Journey Through Autism is two years old! When I published my first post one early Monday morning, I had no idea how much attention it would receive. That same day, I got a message from a grandma saying that I have helped change the way that she thinks about and communicates with her grandson on the spectrum. That was the moment I realized that this is a life goal of mine and sixty-two posts later, I’m still going strong. I can’t wait to see the journey of my blog within the next two years! 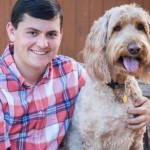 Ethan Hirschberg is 17 years old, and has been diagnosed with High Functioning Autism since he was two years old. Hirschberg currently lives with his parents, his brother, and his two dogs – and they all share a very close bond. Besides writing and blogging, Hirschberg enjoys hanging with family and friends, practicing martial arts, cooking, and running his own business. Currently, he plans on attending college and become a special education attorney or a behavior analyst (BCBA). You can check out his website, which is entitled The Journey Through Autism.

Start the Semester Prepared: How to Establish Structure & Routines

Gain control of your life by using these tips to establish routine in an unstructured environment.  This blog post has been adapted from “Chapter 2:...

In this original blog post, autism self-advocate Carrie Falcone describes her experiences with bullying and overcoming adversity. When I was three years old, my family...

This blog post has been adapted from “Chapter 2: Childhood” of OAR’s resource “Life Journey Through Autism: A Guide to Safety”.  “Wandering” and “elopement” are...