Set Goals As A Self-Employed Artist | Organization for Autism Research

Set Goals As A Self-Employed Artist

Categories: Career and Money, How To, Newsletter, Self-Advocates 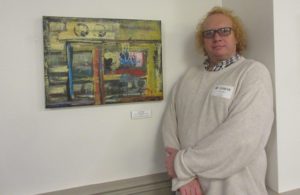 Many people with autism find comfort in structure, lists, and routines. Not me. I’m one of those people who absolutely cannot operate within such constraints. It’s one of the reasons I became a self-employed artist to begin with. However, some degree of goal setting and measurement is necessary to turn a talent into a successful business. The key is to adapt the goal-setting process to your specific strengths and weaknesses.

Much has been written about the SMART goal-setting process, SMART being an acronym for specific, measurable, attainable, relevant and time-based. I adapted the SMART process into something I call the SMARTER process, and it looks something like this:

Specific: Starting out, you’ll likely have a general idea of what you wish to accomplish. I had a desire to paint pictures and make money. However, as I began to get further into the process, I found I needed to transform that general desire into something more concrete. I did that by setting out exactly what I wanted to do, why it was important, and how I intended to accomplish the goal:

Measurable: It’s impossible to know if you’re on the right track if you have no way of measuring your progress. If your goal is specific enough, you’ll be able to measure it. For example, wanting to be a famous painter is a great dream, but you can’t quantify it. However, it is possible to measure a dollar amount or a sales figure. I translated this into a series of mini affirmations such as “I will sell 3 paintings this month.”

Attainable: As the old saying goes, there’s no such thing as an overnight success and that’s certainly true as a self-employed artist. The goals you set have got to be realistic; otherwise, you’ll just be setting yourself up for failure and discouragement. For me, this meant breaking the larger goal of becoming completely self-sufficient through income from painting into smaller goals such as selling a certain number of paintings in a month or attending a certain number of shows per year. Once these goals were met, I allowed myself to celebrate a little bit before getting back to work.

Relevant: The relevance of the goal refers to whether it fits within the larger framework of what you’re seeking to accomplish. Goals that don’t fit are often unachievable and, again, can lead to frustration and disappointment.

Time-Based: Becoming a successful self-employed artist takes many years of hard work, both in honing your craft and in marketing yourself. Again, I broke down the larger goal of becoming a self-supporting artist into smaller, time-based goals such as:

Empower yourself:  When announcing your plans to family and friends, you’ll encounter two types of people: the naysayers, who, well-meaning or not, do everything in their power to discourage you, and the helpers, who want to take over your goal for you. It’s important to stand firm in the face of these people, which is harder than it sounds. Some things I did to empower myself were surrounding myself with positive people who accepted and supported me and my goals, learning to say no, and trusting myself. It’s also important to allow for mistakes. They happen so forgive yourself and keep going. In this regard, my autism was a huge strength because, once I was set on becoming a self-employed artist, wild horses couldn’t have stopped me!

Reach out:  No one is good at everything and it’s important to know your strengths and weaknesses when setting out to become self-employed in any field. Do what you do well and reach out to your circle of supporters to find people with the skills you need. I can paint, and I’m very good at it, but I am not good at bookkeeping or routine correspondence. Thankfully, I married someone who is.

By knowing your strengths and weaknesses, you can turn the traditional SMART goals into SMARTER goals that work with who you are to help you achieve your self-employment goals. 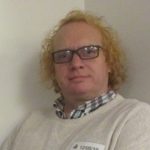 Carl Parker is a Canadian artist and author of Carl Parker: A Life In Paint: How One Adult With Asperger’s Found His Place in the World Through Art. His paintings have been shown in Toronto, Paris, Florence, Italy, and Calgary and hang in homes and businesses throughout the world.

OAR is excited to announce that Synchrony has pledged $200,000 over the next two years to support the Synchrony Scholarship for Autistic Students of Color...

Jobtimize Pilot Extended Through End of 2020

Due to the changes COVID-19 has wrought on the employment market, OAR has extended our Jobtimize pilot through the end of the 2020 in order...

Adults with autism often face high levels of unemployment because of their social and communication challenges. OAR created a new program that aims to help...