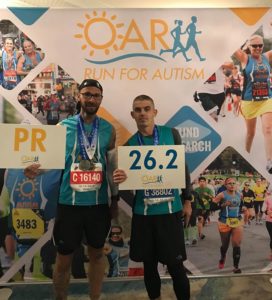 OAR alum, Tom Hughes was looking for a local 5K put on by the Philadelphia Eagles by searching the term “Run for Autism”, when he accidentally came across the Organization for Autism Research.  After studying the resources offered on the OAR website, Tom impulsively signed up without any running experience, to run the 2019 Chicago Marathon on the RUN FOR AUTISM team! 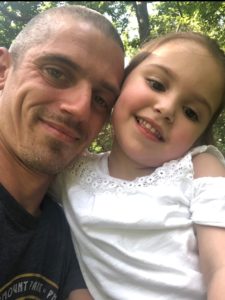 Tom began running with OAR in honor of his daughter, Juliette, who is on the spectrum.  The 2019 Chicago Marathon was Tom’s first time participating on a RUN FOR AUTISM team and he said, “after meeting so many inspiring people, I knew this was something I wanted to be a part of.  I have continued training and will be running the LA Marathon in March, as well as Chicago again in October for OAR!”  A few weeks ago Tom completed the LA Marathon in his OAR singlet with a PR of 3:27:35 and raised over $1,000 dollars for OAR!  In October Tom will throw on his OAR singlet again and run the 2020 Chicago Marathon with the team hoping for another PR! 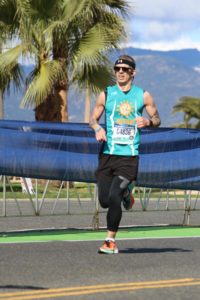 The moment the RUN Staff first met Tom at the 2019 Chicago Marathon expo they knew his energy and passion was going to make him a great advocate for OAR.  Other than running and fundraising Tom said, “I try to support the organization by acting as an ambassador for OAR.  Because we run and raise money, OAR is able to make these incredible resources available, free of charge.  My goal is to help get those resources in the hands of people that could use them.  I am currently working with a couple schools in my area to introduce the “Kit for Kids” program in time for autism awareness month!” 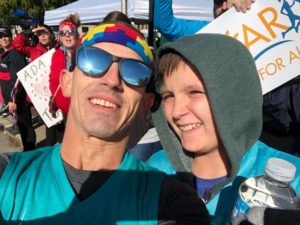 for me.  I would’ve never believed that I would be able to run a marathon, let alone do it under four hours!  It has given me the opportunity to help others, while proving to myself I am capable of more than I have ever imagined!  More importantly, I was able to set an example for my son and show him that anything is possible if you work hard for it.”

We can’t wait to cheer Tom on in Chicago again this year!

Suggest a team member to spotlight:

Want to be a future Team Member Spotlight?

The Components of an Individualized Education Program

This blog post has been adapted from “Chapter Two: Individualized Education Programs” of OAR’s resource “Navigating the Special Education System”. If you have a child...

How Children With Autism Are Affected By COVID-19

The new constraints to daily routines as a result of COVID-19 have certainly affected everyone, but for children, teens, and young adults on the Autism...

Everyone has been dealing with challenges associated with COVID-19. I believe the autism community is one of many groups in our country that is embracing...

OAR wants to know what labels you prefer and why. Take our survey to let us know.
+
We use cookies to ensure that we give you the best experience on our website. If you continue to use this site we will assume that you are happy with it.OkPrivacy policy