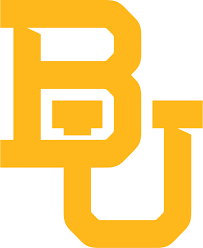 The number of children diagnosed with autism spectrum disorder (ASD) has continued to increase over time with current numbers indicating that 1 in 59 children hasASD (CDC, 2018). Reports indicate that 44% of children with ASD have average or above average intelligence. This may indicate that these children are receiving their education alongside their typically developing peers in general education classrooms. While these students with ASD have higher IQ scores, they may still have difficulties understanding language and communication. Teachers may have to repeat verbal directions or provide frequent assistance, which may be stigmatizing. An intervention which promotes student organization, helps students remain on-task as well as promote task engagement by presenting step-by-step sequence of activities are visual activity schedules. More recently, research has expanded to self-instructed video activity schedules which combine video models and visual activity schedules to help break down more complex tasks and facilitate skills acquisition. Research has evaluated its use to teach daily living and vocational skills for adolescents with intellectual disabilities. However, limited research has evaluated its use for academic skills (e.g., math) for young children with ASD, or its feasibility in the general education classroom. This study will use a single-case concurrent multiple baseline design across participant dyads with five students with ASD and five typically developing students participating. It is anticipated that selfinstructed video activity schedules will increase all participants’ ability to complete tasks independently, increase time on-task, and reduce the frequency of verbal prompts. The long-term goal of this study is to provide an effective intervention to facilitate skill acquisition for students with ASD in general education classrooms that will foster independence and reduce stigmatization.