Cate Hickman and Vivian Muhumuza are working with Kim Ha, senior director, research and programs. Cora Bentley joined the RUN FOR AUTISM team as a coordinator. 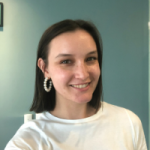 Bentley’s goal in her role is to find new runners and new races for those runners in the United States and around the world. As she learns more about the RUN FOR AUTISM, she understands the bonds and connections runners and teams build with each other. “I love hearing their stories about why they run,” she says.

Bentley has her own important connection to autism through her younger brother, who was diagnosed at the age of two and is now an adult.

What makes working at OAR not only rewarding for her but also fun is the support staff members give each other. “Everyone here is rooting each person’s success,” she says. Before coming to OAR, Bentley worked as a creative assistant. She moved to the Washington, D.C. metropolitan area after graduating from Utah State University, Logan, in December 2021. 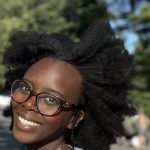 Muhumuza is OAR’s new grants and programs associate. Her immediate goal is to cultivate an environment in which employees, grantees, applicants, and members of the wider OAR community are heard and understood. She also expects to develop longer-term goals as she settles into her new role and understands the needs of those audiences. She is grateful for the support and encouragement she has received from her new OAR colleagues as she balances her OAR role with her academic studies.

Prior to coming to OAR, she was a psychology major at Emory University, Atlanta, Ga., and is still taking classes. While she was a research intern, she had the opportunity to work on a few clinical trials and a pilot study at the Marcus Autism Center. It was that work, she notes, that led her to this OAR job and to pursue her interest in autism research. In fact, she says, “The most appealing part of my job is being able to have direct contact with professionals in the autism field who have experience in clinical psychology research.”

Like other staff members at OAR, Muhumuza has a personal connection to autism through her 6-year-old cousin, “a big bright ball of energy and probably the smartest 6-year-old I know.” Working in the autism field makes her hopeful about all that is in store for him as he grows. 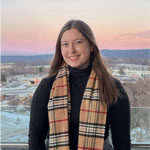 As OAR’s new community outreach associate, Hickman is looking forward to maintaining OAR’s current outreach initiatives and developing new ones, with the ultimate goal of serving the autism community and expanding the resources available to autistic individuals, family members, caregivers, and educators. She’s already engaging OAR’s community through social media and the programs that OAR offers.

“Everyone who works at OAR has been very supportive during my transition,” she says. “Their passion for what they do is inspiring and makes OAR a great place to work.”

Hickman graduated from James Madison University, Harrisonburg, Va., this past May with a Bachelor of Science in psychology and a minor in humanitarian affairs.