Live in a dorm: The most important advice I’d give an autistic youth | Organization for Autism Research

Live in a dorm: The most important advice I’d give an autistic youth

Austin Shinn is a self-advocate who has Asperger’s Syndrome; he blogs to fight against the negative stigma people on the spectrum have. In this piece, he briefly discusses how living in a dorm affected and changed his life. You can read his original post on his blog.

The subject of advice is always a tricky one. No piece of advice works for everybody and that’s true for autistic people especially. We’re not a monomind. So thinking of one piece of advice is risky. But one idea has been rolling around in my head and I think it’s worth discussing: If you have any intention of living on your own as an adult, live in a dorm.

I know this is weird, but bear with me. No decision I’ve ever made helped me grow more than silencing the voice in my head that screamed at me to stay in town and go to a local college. I had two options after all. I could have lived at home. I chose not to. I chose to go away.

Why was this a vital decision? I mean if you’d looked at video of me at any random point during my first semester of freshman year, you wouldn’t think it was. I spent a lot of that time crying, having anxiety attacks, and falling into delusional psychosis towards the end. In theory, this was a terrible decision.

But it was needed. I had to go through it. The person I became because I survived that semester is indisputably a much stronger person for it.

See, going to college is a great way to test the waters of adulthood. You’re reliant on yourself to stay properly fed. You’ve got to be in control of your own schedule. You have to stay on yourself to succeed. At the same time, you’re not paying your utilities. You’re in school but unless you have a part-time job, you’re not working. (Get a job btw.) You’ve got a safety net.

Living in a dorm was also a vital crash course in socialization. You don’t really get to be a hermit. You probably have a roommate. You definitely have neighbors. You have to learn how to interact with them. You’ll learn fast that no matter how patient your family was with your meltdowns, society won’t be.

You’ll also learn something truly important: Who are you? When you’re in an environment without a wave of people you know–I knew one person from Conway in college–and your family around you at all times, you figure yourself out. I wouldn’t say I changed much but I developed an awareness of who I am there. I became more secure in who I was.

The person you become out of college will become a functional adult. You won’t be scared to go out on your own. You’ve cracked the four year training program. Time to live. 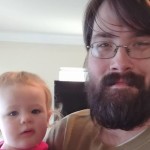 Austin Shinn is a husband, father, and self-advocate; he also has Asperger’s Syndrome. Although Austin works, he also blogs to fight the stigma against individuals on the spectrum. Specifically, he doesn’t like how individuals with autism are portrayed as hopeless and weak; he wants to show the world that individuals with autism are strong and capable. In addition, Austin wants his audience to know that even though there are dark moments in life, it will always get better. You can read his blog, consisting mostly of personal stories, here.

A Neurodiverse Family Finds Compromises On the Road

On a plane and road trip into Maryland, our family stopped in Annapolis, the state capital, and I wondered aloud where would be a good...

5 Tips for Centering the Student in Transition Planning

‘No Clean-up Crew’: Causes and Costs of Autistic Burnout

Most are familiar with the concept of work burnout, symptoms of which include depression, an inability to concentrate, and loss of motivation. Recent research, however,...