By: Connor McNally and Hannah Langkamer-Smith

The definitions of friendships are as unique and varied as each of us are. For this month’s Perspective, we asked two recipients of OAR scholarships to describe their experience of friendship as new college students. 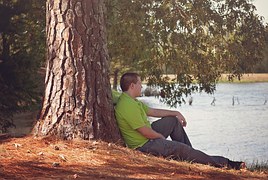 I haven’t really made any friends in college, but since I’m asocial, that’s the way I want it. My autism makes it more difficult to find friends, but at the same time, not having friends does not make me feel lonely or sad. I have been this way my whole life.

I like to be alone, to the point where I almost never leave my room for anything other than classes and one meal each day, maybe two if I’m hungry. I rarely even talk to my classmates, other than the occasional greeting or helping someone with a physics question. While I do not seek out social interaction, if I am pulled into a conversation, I don’t go out of my way to leave it, at least not immediately. I’ve made a few acquaintances, however, since I did end up working with the same two groups for a semester.

If I do make a friend, it’s after I’ve known the person for long enough to really trust them, which usually takes more than a year. 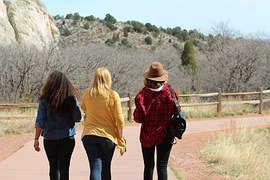 I have always found it difficult to make friends, and a lot of the time I feel like I have lots of acquaintances but few close, lasting friendships. One insecurity I have is not being able to make and keep genuine friendships. Part of having Asperger’s means I lack some social skills that other popular kids might have. I might respond not quite appropriately to a question or sometimes I feel like I appear shy or a bit quirky in conversations.

I had a good number of friends in high school and felt like I fit in. But when I went to college I struggled to make friends. Wanting to have a successful social life in college, I starting hanging out with students I thought were popular but who ended up being a negative influence on my life.

I realized later on that while many college students party and drink and do drugs, that wasn’t the kind of life I wanted to live. I decided to transfer to a college closer to where I live so that I could commute and spend more time with my family, who I have always had a very close relationship with.

My first semester at my new college was fantastic academically, and while I struggled with making friends, I am focusing on making genuine, real connections with good people rather than seeking out destructive behavior. I hope that by living on campus next semester I’ll have more opportunities to be social and create the kind of healthy relationships that will benefit my life. 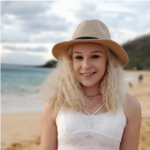 Connor McNally (left) is an 18-year-old first-year student at Butler University majoring in astronomy. His favorite pastimes include looking at the stars and playing video games.

Hannah Langkamer-Smith (right) is a 19-year-old college student at Kutztown University. She is majoring in psychology and minoring in biology. Her future goals are to attend graduate school and possibly work as a neurobiologist. Hannah has had significant achievements while facing the challenges of an Asperger’s diagnosis.