How Performative Autism Awareness is Different from Real Acceptance

Every April, Instagram is flooded with people reposting Autism Awareness posts onto their stories. The stories are usually puzzle pieces, rainbow ribbons, or buildings lit up blue in the month’s honor. Despite these acts of “awareness,” people continue to be ignorant in terms of true acceptance.

In today’s society, many people show performative autism awareness in numerous ways. During Autism Awareness month, many schools market autism awareness bracelets with autism symbols without actually informing students of what they mean. In middle school, I watched as people gave a dollar or two for these bracelets but made the same disrespectful joke towards kids where they would describe them as autistic as a way to insult them.

Criticizing a parent or family in public with a family member with autism on why they’re not “disciplining” their child but still portraying yourself as an “advocate” for autism is a perfect example of this two-sided behavior that happens every day. Denying people with autism dignity, acceptance, and opportunity simply because they are different is discrimination.

The difference between performative autism awareness and real acceptance lies in just how much a person knows about autism. The public elementary and middle school that I attended touched upon the topic of autism but never fully explained what autism was. The most that these schools did was sell autism awareness “merchandise” and hang up a few posters dedicated to the cause. Other than that the subject was pushed aside and was to only resurface next April. Though many schools often fail to educate their students about autism, there are a number of resources on the internet that are dedicated to informing others of the disorder. Some examples of these resources include OAR’s Info Page for High School Students and Milestones’ article about communicating with people with autism.

Real acceptance of autism means to truly understand what the disorder is, to be mindful and respectful to those with autism, and to contribute to the autism awareness community. Whether through donating or simply educating yourself about autism. Real acceptance doesn’t happen overnight. I myself still struggle with fully coming to terms with the reality of having a sibling with autism. But, through educating myself and educating others, I think real acceptance can be reached. 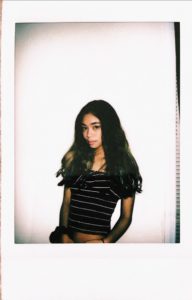 Processed with VSCO with c1 preset

Camille Bugayong is a high school student and aspiring journalist. Her work centers on autism awareness, feminism, gender equality, and the growing issues in today’s society. Camille first began journalism writing in the 6th grade and has since written many pieces. One of her biggest inspirations is her brother who was diagnosed with autism at a young age. She hopes to continue spreading autism awareness and to one day make a difference in the lives of those with autism. Check out her Instagram: @camlaurenb

The Six Sections of an Autism Research Study

This blog post has been adapted from Chapter 5 of OAR’s resource “A Parent’s Guide to Research”. Research studies can be very good sources of...

Amidst all of the challenges that being in a pandemic brings, trying to replicate the routines that have been lost remains the top hurdle that...

The Components of an Individualized Education Program

This blog post has been adapted from “Chapter Two: Individualized Education Programs” of OAR’s resource “Navigating the Special Education System”. If you have a child...