Wandering, or “running away” from a caregiver, is a common problem in children with autism. Crystal Sanford explains this phenomenon and what families can do to prevent this behavior. This blog was originally posted on Sanford Autism Consulting.

Wondering what “elopement” and autism have in common? Do individuals with autism often secretly run away to get married? Alas, that is not the case.

The original definition of elope is to run away and not return to the place of origin. However, as defined by the National Institute of Elopement Prevention and Resolution (NIEPR), elopement refers to an individual with cognitive challenges or special needs who wanders, runs away from or otherwise leaves a caregiving facility or environment.

Most parents of autism are all too familiar with elopement. In my observation, no matter where on the spectrum, children with autism tend to stray from their caregivers; some only occasionally and others quite often. Case in point: our daughter “Amazing Grace”. She was diagnosed with high functioning autism at age 3 ½. However, we noticed this behavior in her early on, around age two. Whenever we went to the grocery store, she would somehow find her way to the produce section and to the broccoli.  She would talk about the broccoli and touch it, becoming as excited as most children are about ice cream. At age 6 ½ and despite strategies and reminders, Grace continues to stray from the safety of her family from time to time. She usually wanders to get to a preferred item or activity when she has been told to wait, such as waiting to go to the produce section to see this week’s selection of broccoli.

A study in 2012 (conducted by Autism Speaks and the Interactive Autism Network) found that nearly half of children with autism spectrum disorder (ASD) at some point attempt to wander or bolt from a safe place. Using parent surveys, the researchers studied over 1,100 children with ASD ages 4-11 years. They found that these children demonstrated much higher instances of wandering than their neuro-typical siblings.

So, what makes children with autism wander from safety? Given the study in 2012, parenting style was not the culprit. Instead, the more a child was impacted by autism the more instances of wandering were reported by the parent. From the parents surveyed, most remarked that their child wanders because they just like exploring and running. Others mentioned heading to a favorite place or escaping too much sensory stimulation as reasons.

As imagined, elopement causes stress and concern for parents and caregivers of those with autism. One consideration in reducing elopement is to look at the function of the behavior. For example, if the child is wandering to escape an overly stimulating situation, they may benefit from training in self-advocacy. The child could be encouraged to use a specific gesture, word, picture card, etc. to request a break when experiencing sensory overload.

Other options to assist with elopement include:

Increased community awareness and education can help tremendously in the case of elopement and individuals with autism. Let’s do what we can to keep our kids safe!

For additional guidance regarding safety, be sure to check out OAR’s A Guide to Safety and our project Think Safety, both of which include helpful advice on how to handle elopement behaviors. 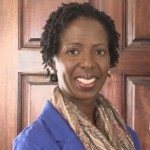 is an Autism Consultant, Speech Pathologist, and autism mom. She is passionate about supporting children and families impacted by autism, offering hope for their autism journey. In her free time, she enjoys gardening and spending time with family.

6 Steps for Disagreeing with Your School District

This blog post has been adapted from “Chapter Four: Advocating for Your Child” of OAR’s resource “Navigating the Special Education System”. As many parents of...

Growing up, school for me was, in a word, difficult. I knew this ever since about fifth grade when I first began receiving actual homework....

The Meaning of Peer Support in Behavioral Health What comes to mind when you think of the word peer? Someone who we can connect with...