Many of you are gifted in different ways.  However, you may have noticed that it is sometimes hard to understand other peoples’ perspectives or accept unexpected change in a normal routine.  Cognitive flexibility is a type of thinking that is often more difficult for individuals with autism spectrum disorder. This is sometimes referred to in ASD as “rigid thinking”.

What is cognitive flexibility?

Think about a gymnast.  In the blink of an eye, she can flip and bend herself into any position and then just as quickly, flip into another one.  It is as if her joints were elastic.   Cognitive flexibility is the same, only it is what we do with our minds—flipping our thinking into different positions in order to analyze a problem in many different ways.

Cognitive flexibility can be limited in several ways. For example, it can be difficult to…

To sum it up, individuals with ASD sometimes have difficulty flipping from one point of view to another, from a “big picture” perspective to a “close up”, from looking at just one solution to considering many different solutions, and adjusting the plan when something changes.

Examples of difficulty with cognitive flexibility often arise in social situations.  For example, a person with ASD may insist on offering a factually true statement when the social context or a different perspective would indicate that it would be better to remain silent or say something noncommittal.

When students with ASD are invited to shift their perspective, they are often taken by surprise.  That is because rigid thinking itself often interferes with being aware of one’s own rigid thinking.  They can be baffled and perplexed.  It all seems so illogical.   This often results in roadblocks or stalemates in conversation with other people, who are themselves deeply confused that the obviously bright student with ASD does not understand where they are coming from.  This can be a source of conflict and tension during a group project in the classroom or in a social situation.

At 22, Graham, a young man with high verbal intelligence, insisted on carrying around his videogame console everywhere he went.  He hugged it closely to his torso for most of the day as he moved around the campus to and from his dorm and classrooms.  With remarkable clarity, he explained the benefits of having his console with him.  “It works for me,” he explained matter-of-factly, insisting that the console prevented boredom, helped him keep track of time, and alleviated anxiety.   Graham was unable to take in people’s feedback about the negative social and practical consequences of carrying around a videogame console everywhere, and struggled to come up with an alternative solution.

Eliot was a vegetarian.   He often got upset when people around him in the dining hall ate meat or even talked about it.  In these situations, he recited interesting, factual information about the reasons for being a vegetarian.  He was rigid in his belief that eating meat was wrong and couldn’t understand when someone disagreed.  To everyone’s discomfort, he often made sure his position was heard while everyone was eating.

What can I do to address it?

It helps to be aware that cognitive flexibility can be a type of thinking that is difficult even for bright people with mild ASD.  That is, you can be very intelligent and still struggle with cognitive flexibility.  Knowing that it is unrelated to intelligence might make it easier to accept this about yourself and take some steps to address it.  Here are some tips on how to do so: 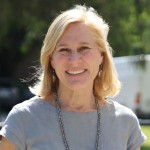 Elizabeth Roberts, PsyD, is the National Director of Clinical Support Services at the College Internship Prograem (CIP). She previously worked as a Clinical Neuropsychologist at the NYU Child Study Center and received her PsyD in Clinical Psychology from Hahnemann University.

Preparing for Adult Life and Work

Academic settings can be turbulent environments for autistic learners, especially in collegiate settings. For many, it’s their first time living away from home…

Education, How To, Newsletter, Self-Advocacy

College. The word conjures up so many images and experiences. For students in their freshmen year, those experiences are likely to include adjusting…

Like starting a new chapter in a book, a new year brings anticipation of what we can expect. Starting the new year with resolutions…