How better to celebrate National Disability Employment Awareness Month than by sharing the story of Carl Peterson, a Hire Autism job seeker? His story is representative of so many who have come to Hire Autism to use the resources they find there and the expertise of Hire Autism’s volunteer navigators. 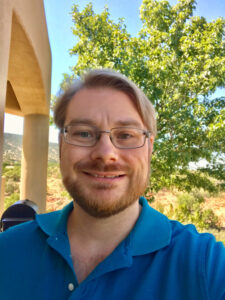 After receiving his second master’s degree in instructional design last year, Peterson was determined to find a job in his chosen field. Hailing from a family of academics and researchers, his passion for learning and education are core components of his identity. Prior to his most recent academic accomplishments, Peterson had spent the majority of his life working part-time, minimum-wage jobs despite having a Bachelor of Arts in philosophy and a Master of Education.

Six months ago, after nearly eight months of job searching with limited success, Peterson decided to try something different and reached out to Hire Autism to learn what the program could offer him. Following a few initial email exchanges, he was paired with Deepika Balasubramanian, a Hire Autism navigator who assisted him in refining his resume and cover letter and practicing his interview skills.

Peterson had previously received help from his family members and while he found their feedback to be useful, something was still missing. In working with Balasubramanian, Peterson was able to discover what that was: structure. “Having lacked any sort of formal structure for some time, it was refreshing to be put into a situation where someone else was holding me accountable to meet deadlines. This motivated and helped get me into a different mindset because I actually felt like I was working,” says Peterson.

Over the course of the next couple of months, Peterson and Balasubramanian met weekly to tailor his resume to specific job listings and practice interview questions. Despite landing a few interviews and displaying confidence in his abilities, he still found the interview process to be an obstacle. “My lack of interview experience initially inhibited me from answering interview questions in a manner that was satisfactory to employers,” he notes. 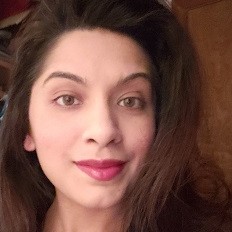 Together, they practiced and evaluated interview situations and questions, often reflecting on questions that Peterson had previously been asked or that employers had shared in advance of an upcoming interview. “Carl has grown in his fluent and intuitive interviewing style throughout our work together,” says Balasubramanian. “His style retains his individuality and good sense of professional humor, which fosters a professional camaraderie with interviewers.”

Working with Balasubramanian proved fruitful for Peterson because it provided him another perspective and someone who could explain why specific answers were more useful than others. Through their combined efforts, Peterson landed a job as an instructional designer, allowing him to capitalize on his educational background and passion for teaching.

Peterson would like all job seekers who are struggling to stay motivated in their job search to know, “At times you will feel like it might be pointless and you will want to stop, but every action you take gets you one step closer to your goal. Look back at what you’ve accomplished and put your best foot forward. Don’t let it destroy you or make you stop caring about your future.”

He adds with a laugh, “You don’t want to be stuck with your parents forever; you want this job. Keep fighting for it, even if you never get it. Sometimes the struggle itself says something about your character and abilities.”

We are elated to celebrate Peterson’s recent success and Balasubramanian’s efforts throughout the process. If you’re interested in celebrating our job seekers every day of the year and would like to directly impact the lives of autistic job seekers, please consider joining one of our 2022 Hire Autism Navigator cohorts. If you’re a job seeker looking to receive help through the Navigator Program, please contact Courtney Carroll at ccarroll @researchautism.org.

Hire Autism welcomed 12 volunteers at the end of July to its fourth navigator training in 2022. In the virtual training, volunteers from all over...

Meet the May Navigator Cohort!

On May 3, 13 incredible volunteers from across the United States joined Hire Autism staff for the spring Navigator training. They came from various backgrounds...