Autism Is My Not So Secret Superpower | Organization for Autism Research

Autism Is My Not So Secret Superpower

I was diagnosed with autism at age 15, shortly after, I enrolled in an honors college program full-time. From a young age, I felt as if I was missing something. I wasn’t like many of my peers. I analyzed ideas differently. It was as if I was created with a different processing unit. Similarly, my forms of interest included: remembering random facts, reading, and lining up my toys to create geometrical shapes.

As the years progressed, I performed highly in the classroom. I scored multiple perfect scores on state testing and gifted exams. Despite this success, I was abused by my father. The abuse worsened once my parents divorced. I was verbally abused and I experienced major depression. There were many instances in which I lost sleep and got injured because of the abuse. I lived in a medium-sized home that housed up to 15 people and 7 dogs. The conditions were horrible, including me not being allowed to change my bed sheets, sickness being spread in the home, moldy food in the fridge, cluttered and unclean rooms, and constant overstimulation. I was woken up in my sleep to tend to matters around the house, to get yelled at, and as a result I would sleep for less than three hours a day. I had insomnia and was scared to sleep out of fear. In correspondence, I was scared and bullied by my father into believing that the physical and emotional overstimulation I was experiencing was my own fault.

Once I entered middle school this changed for me. I discovered that my school held annual pi memorization competitions. I printed out a sheet of 100 numbers and started looking at them trying to figure out how to commit them to memory. After staring at the numbers for some time, I was shocked that after about one hour I had memorized them. The first year I participated in the competition, I managed to memorize 319 digits in one day. The next year I memorized 441 digits. During my third year of the competition, I memorized 1,294 digits of pi. I realized that I had an immense capacity for mathematics, and that I was talented at it.

After, I entered a high school program for International Baccalaureate. I survived through my trauma without knowing my diagnosis. It was challenging to be berated and called names, like the “r-slur,” knowing I am different than most. Whenever I would have panic attacks, or be overstimulated, my father would make fun of me for suffering. I was in a constant state of despair. The one thing that saved me was my savant memory. With my savant capabilities, I am able to memorize and recite large quantities of information, like pi. In fact, my middle school science class helped me determine that memorization skills are linked to neurology. I furthered my understanding of neurology by reading psychology novels and research. I discovered that if I placed myself out of my comfort zone I could create new neural connections that would stimulate my internal confidence. This neural change can be described as a growth mindset. As I volunteered, I became more confident in the classroom, which transferred to my confidence at home. As a result, my passion for memorization, neurology, and growth mindsets allowed me to change. Later, I applied the same principles in my TEDx talk, “I Memorized 1,294 Digits of Pi”. I was excited to see these changes, but my father viewed it as defiance. My father’s volatile temper erupted the week before I started high school. He threatened me during a car ride home from the supermarket. Using the confidence I had developed, I pulled out my phone and surreptitiously recorded every divisive word he said to me. I sent the recording to my mom and asked for her help.

I was able to escape from my father’s home, but despite my efforts, prior to the judge ruling on my case, my father lied in court. The judge ruled that I was in no danger and should return to his custody. After my first day of high school, which was also my father’s custodial day, he embarrassed me in front of my schoolmates by bringing an armada of policemen with him and demanding I go back home to him because, “it is my custodial day and your mom is in violation of the court order by keeping you from me.” I stood proudly and denied him by saying, “my mother is not violating the court order, I am. I am not going with you.” That was the day I set a strong boundary with him, and shortly after he vanished from my life.

After leaving the home that brought me so much pain, and finally moving into a healthy home, I knew that I didn’t belong in a traditional high school setting. High school was an undesirable environment for me full of bullying, overstimulation, and constant reminders of my PTSD. I proactively created my own college plan that allowed me to finish high school early, as well as get a jump start on college. To accomplish this, I switched to an independent study school where I completed the remaining three years of high school in one year, along with around 60 units of college coursework. I graduated, top of my high school and college class, and moved on to the University of Health Sciences and Pharmacy (UHSP). Since being at UHSP, I have been able to create new experiences for myself and revolutionize my college experience. I am in the process of becoming a TEDx event organizer for my university, I started the Brain Exercise Initiative (a branch of the Pay It Forward Club at UHSP), I am involved in the Campus Activities board, I am in the process of writing my first novel, I got hired to work at Starbucks, and I have been accepted into many clubs and organizations on my university campus. Although I am a younger student, I wasn’t limited in my ability to create and join activities. If anything, going to college made things easier for me. Instead of being labeled as a nerd or genius, like I was in high school, I’m seen as more of an equal/prodigy and there isn’t as much focus on my quirks, but a larger sense of inclusion. The college life is something I have been familiar with since age 14, but moving to an actual university exposed me to the world of education I had been missing out on when I was trapped in my father’s tirades in middle and high school.

I wasn’t very surprised when I received my diagnosis. The reason for my Psych evaluation was because I had voiced to my mom that I believed I had autism. She agreed, and we went through a roughly four-month evaluation process. After being diagnosed, I got very excited to learn about Occupational Therapy. Occupational Therapy is a resource for many individuals with autism to improve coordination, speech, or any other areas in development. I started volunteering for a local elementary school Occupational Therapist and even involved myself in majoring in the Doctor of Occupational Therapy program, planning to attend Washington University in St. Louis Medical school program. I have since switched tracks to be more involved in Neuroscience to become a Neurosurgeon. Staying in line with my creative intuition, my goal is to eventually attain a Doctorate in Occupational Therapy (OTD), as well as a Medical Doctorate (M.D.), and a Ph.D. in Neuroscience to cater to my research goals in the field of Neurology surrounding Neurodiversity. I want to be able to have the resources of a Neurosurgeon, the research capacity of a Doctor of Neuroscience, and the knowledge and capability of an Occupational Therapist. I want to create an innovative method of therapy that presents duality of medicine fields that will help me fully treat my potential patients.

In sum, my diagnosis allowed me to see that my gifts help me rise above the typical standards of kids my age. Having autism helps me see and create things in a unique way that allows me to have more fun and not overexert myself in social settings. Although I have faced many hardships, by using the cards I’ve been dealt, I was able to experience higher education, which never would’ve happened if I hadn’t endured my trauma. Without my processing unit, I wouldn’t have survived. I am thankful to have my gifts because all beautiful things in my life directly correlate to being different and unique. 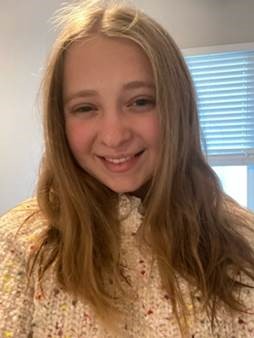 Samantha Harker is a 16-year-old female advocate with autism. She has been attending college since age 14 and currently attends the University of Health Sciences and Pharmacy in St. Louis Missouri. She is the recipient of the 2020 Schwallie Family Scholarship from OAR. She aspires to become a Neurosurgeon and plans on applying to medical school in early 2023. She memorized 1,294 digits of pi in two days and plans to go for the national record. Samantha is writing her first novel and continues to narrate her experience with autism in overcoming trauma and reaching her goals.