Asperger’s and Intimacy Through Chess

Communication is hard. It is hard especially if you were not pre-wired to recognize facial expressions, body language and other subtle nonverbal cues “normal” people think I can notice in conversations.

I have always found myself trying to decipher human emotions like one would an ancient tablet written in a dead language. As a result, most of my conversations with others have been activities of immense intellectual effort that were too draining, too confusing and convoluted with frustration on both ends.

Growing up with Asperger’s syndrome, a condition that impairs my ability to communicate with others, has been difficult socially. This glaring deficit had become so descriptive of myself I had come to a point where I decided being ridiculed for my disinterest in social understanding was my least favorite hobby.

That is, until I discovered chess when I was 10.

A philosophical interpretation of chess has mostly been that it’s a game of domination. There is some truth in that interpretation, and I’m sure it’s true for a lot, if not most, chess players.

Chess, for me, is less a game of tactics and strategies, and more about observing a person’s style of approaching problems that are not always apparent in your everyday mundane socializing. It opened up an alternative route to human understanding, through which I could psychoanalyze someone without having to have a conversation.

Are they fast players who are quick in thinking but are reckless and impulsive, or are they slower in thinking but cautious and precise in their moves? Are they the type of person who starts the game already with an endgame strategy, or do they test the waters first and analyze the other person before coming up with a plan? Are they the type who are liberal in self-sacrificing important pieces for a win, or do they fall apart and give up after having lost their queen and knights? If had the upper hand in a game, are they the type to go for a merciful and compassionate quick checkmate, or will they toy around to see how far they can push your buttons until you give up?

I could never grasp these personality traits if we were to have a conversation. I’d be too flustered, too caught up in processing the social interaction and coming up with a contribution of my own to ever genuinely connect with them on a deeper level.

I’d find a more profound level of intimacy with you if we played a game of chess than if we were to have a verbal conversation. There’s something personal about exploring another person’s mind and discovering what prodding make someone tick and what stimulation that brings them joy. It’s strangely intimate.

I am not, by any means, a brilliant chess player. I can hardly amuse an opponent of intermediate level. But I discovered that truly understanding another person’s dispositions and thought processes were possible for me through chess, at a young age when I found myself the most confused about my inability to make a connection with anyone while everyone else could do it with ease.

Verbal communication is exhausting hence ineffective for a lot of us because there are numerous factors that need conscious effort for processing, such as analyzing facial expressions and reading between the line. I hope to impress on you the controversial (and debunked) issue that autistic people are incapable of human connections and empathy simply because we do not express love and connect with people in traditional ways.

Our methods are different, not defective. 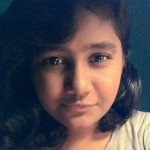 Nashama Mohamed is a 23 year old diagnosed Aspie and a blogger. She lived most of her life undiagnosed (but not unexorcised), had trouble maintaining friends but didn’t know why. Nashama now writes about living life on the spectrum with a dose of added humor. And she comes from Maldives. Somebody had to.