Self-advocate Kat Albee shares her knowledge on how to approach responding diplomatically in the blogosphere taking into consideration peoples’ differences and varying points of views.

I was diagnosed at the age of 19 with a mild form of autism spectrum disorder (ASD), and as someone directly affected by ASD, I like to consider myself an expert on my own condition.

This is part of why I don’t like to label people’s challenges with autism on a continuum from mild to severe. My favorite metaphor likens autism to a sundae bar, with some people having poor gross motor skills, others having fine motor deficits, and still others topping their autism with sprinkles of savantism.

Personally, I have poor gross motor skills, but average fine motor skills; I can write in cursive, but not jump rope. I strongly prefer verbal over nonverbal communication, since I read words better than I read faces. My senses of taste and smell are under-sensitive, my depth perception and balance are unreliable, and I don’t process visual information well. Despite my hypersensitive hearing, I am a primarily auditory learner, and need things to be either written or explained in a sequential way. I have special interests—shout-out to anyone who has had to suffer through me talking endlessly about parrots—but I lack some autistic people’s rigidity when it comes to routines. I was reading at a college level in second grade, but I still cannot drive safely.

Is that mild, moderate, or severe? The answer is complicated by the realization that we can imagine another autistic person who is the complete inverse of me. Let’s pretend that this hypothetical person is male. This fellow excels in sports, but struggles in handwriting. He is a visual learner with a keen sense of taste and smell. This is someone who has trouble understanding and producing speech, maybe even relying on technology to speak, but has a keen memory for names, faces, and birthdays. Maybe this man has a rigid sense of his routine, but is unable to point to any particular special interest. We could even invert our skills; my counterpart could be a commercial driver who had trouble with speech and writing.

Imagine that this person were explaining what autism is like. Now imagine that I interrupted him to say that he was wrong, and that his experience did not represent autism at all.

How absurd would that be?

Last year, I took an introductory-level cross-cultural ministry class from the MissionShift Institute of Minneapolis. In one of my first lectures from that class, I heard the instructor say something that I will never forget: “You can argue about facts all you want, but you can never argue with someone’s lived experience.”

In autism circles, we often talk about theory of mind, or the ability to understand other people’s feelings and perspectives. The youngest children have trouble understanding that other people may see the same scene differently when sitting from a different angle, or realizing that others have their own feelings at all.

The MissionShift class brought a new level of complexity to my own theory of mind, as the class focused strongly on crossing stark racial, linguistic, and cultural divisions. If you’re living in the Twin Cities and happen to have some spare time and money, I highly recommend it. They have a way of forcing you to consider how the same thing may evoke a radically different reaction to different people.

I notice a lot of division in the autism community, and especially in the blogosphere. There’s a special kind of social skill that goes with responding diplomatically to someone whose perspective is different at best, or whose attitude is hostile at worst.

Here are some different approaches you can take to such a situation, along with possible verbal “scripts” that you can use—in your own words, of course.

Postmodernism is a philosophy that views reality as being different for each individual. Whether or not you fully buy into that idea, it can be a helpful way to think about disagreements.

“That might be true for you, but my experience has been [fill in the blank].”

“I’m honestly surprised to hear you say that, since I have normally seen [fill in the blank].”

“I prefer [fill in the blank], but I hear what you’re saying, and I’ll do my best to respect it.”

“I never thought about it that way before.”

A classic, and helpful, therapeutic technique is to act the opposite of the way you feel. This can mean facing something you fear, or forcing yourself to exercise and eat right when you feel depressed. In countless social situations, I have found it helpful to respond with tenderness when I am feeling hurt and tempted to lash out.

Anger is often a masking emotion for pain or fear, so responding to anger with kindness can be a powerful way to build bridges. A disclaimer, however: Do not force yourself to be in a situation where you are uncomfortable, even if that situation is only an online conversation.

“Thank you for sharing that with me.”

“I appreciate your honesty.”

“I feel honored that you would trust me with that information.”

In my opinion, this is the best and final response once you have found middle ground. I wish more people would exercise this skill in the resolution of contentious issues, such as the controversy surrounding applied behavioral analysis (ABA). Most therapists consider ABA to be an essential part of early intervention for a child with autism. But an increasing number of autistic adults are coming out the woodwork to allege physical or even sexual abuse in the context of ABA treatment. Some go as far as to suggest that ABA’s very basis in behaviorism is emotionally or psychologically damaging.

Here are a couple of ways I wish the argument about ABA would end:

“Even though ABA apparently had a good effect on my son, that doesn’t take away what happened to you or make it any less important. Clearly, we need to take a closer look at how ABA is practiced and how the therapists are certified.”

“Thank you. I’m hopeful that your son didn’t suffer any of the negative effects I did, and that his progress holds up into adulthood. If so, that could mean that parts of ABA will continue to be useful in helping kids with autism.”

Whether in our political system or in our civil discourse, I am tired of people seeing arguments as zero-sum games in which one’s opinion or perspective trumps all other priorities. Instead, I encourage people to see reality as so complex that we can only understand it together — and to see each other’s lived experiences as a crucial part of building a world we can all live with. 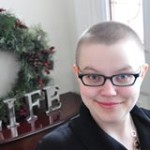 Katherine “Kat” Albee is an undergraduate at the University of Northwestern in St. Paul, Minnesota, where she studies psychology. She was diagnosed with autism spectrum disorder at the age of 19. In her spare time, Kat likes to walk or bike through the community, read the latest research, or do anything crafty. She is also fond of neuroscience, parrots, and speculative fiction.

A new California law will make conservatorship a “last resort,” as noted in an article on the Disability Scoop website. Instead, it promotes…