“Acceptance” is a Start, Not a Finish | Organization for Autism Research

“Acceptance” is a Start, Not a Finish

Remember when tolerance was thought to be social progress, even though it emanated a clear subtext of “Oh, wellllllll, if I haaaave to…”? At the time, we thought the concept of racial tolerance or religious tolerance was revolutionary. And before “acceptance” we had “awareness,” which too often could imply that “we wanted to make you aware that autistic lives are worth very little.”

Well, time passes, and today we can sniff out ethical flaws with a lot more accuracy. But what’s consistent with nearly every stage of progress is that we frame the milestones—such as our use of the word “acceptance”—as conclusions. It’s always the end of a journey, a road, or even a battle. Especially in the autism world, we collapse in frustration after an arduous path that we refer to as unpleasant or unjust.

Why? Would it be more productive if these steps were thought of as beginnings or dawns? And does it matter, especially when they’re neither? Yes, it does.

The Context of Acceptance

This request from OAR to write about acceptance got me to think, “I know what acceptance feels like in the present—equal employment opportunities, policies of inclusion, being surrounded by a real community, and people that care about or love me…” But what does acceptance look like in the future? How will “autism” be defined in Diagnostic and Statistical Manual of Mental Disorders (DSM) 14, which, based on prior publication dates, should arrive around the year 2122? Or will my and others’ behavioral differences simply disappear from the DSM because they are then thought of as natural, commonplace extensions of the human experience?

Our current acceptance then, of anything that differs from a majority mindset is usually the precursor to respect, which is followed by celebration, after which comes dismissal because that which once required acceptance doesn’t need acceptance anymore.

My point isn’t to blow your mind with perspective, evade critical thinking through “semantic contrarianism,” or to idiotically tell you that we’re all one, big, happy family. It’s instead to suggest we look at context when evaluating finished progress or in evaluating how we approach the task of visualizing progress’ next phase.

Accepted to What Degree?

When I moved to New York City for grad school, the city seemed to scream at me, “Michael John, we love you,” and I thrived off this for 28 years. Now I live in Wisconsin, where they are not crazy about people with behavioral differences (“Oh no! That’s not ‘the right way’”). I’m constantly reminded of the street kid I was in New England, whom most folks wished would just hurry up and go to jail. New York City in 1986 was 20 times more behaviorally permissive than Wisconsin in 2018.

Are all these perceptions of acceptance simply relative then? Perhaps filled with societal conditions that warp our ability to decipher if we’re really being accepted?

Many people treated the 2015 Supreme Court ruling legalizing same-sex marriage as the end of an incredibly long, socio-political battle. But it wasn’t. (In addition, of course, there is the arduous task to make sure the new laws are enforced.) It was the beginning of a long, socio-political battle over the rights of all differing relationship structures outside of one man and one woman. For what about relationships between not just two men, or two women, but maybe incidents, however rare, where there are three, four people in the relationship, maybe more…structures where rights must be extended beyond two adults because there are children who rely on more than two adults? For example, the qualification for many family housing programs is defined by the combined incomes of two parents/caregivers. Well, what if one family can’t qualify therein, but when you add the income of the third adult in the relationship, the family now qualifies?

This sample case is not intended to distract you. What it is, is simply expanded thinking, and perhaps the aforementioned “respect” is our next step in the autism world.

My spectrum son is 21 now. And as I wrote in a recent Father’s Day piece for NEXT for Autism, he sees all the advocacy work that we did five to 15 years ago as helpful, but he doesn’t want to emulate it. Where we see identity, he (and his generation) often sees pathology, and quite frankly that’s a credit, not a discredit, to the work we all did.

His generation keeps me honest. They allow me to see that our autism world has become complacent; there are so many true heroes from those 15 years past who today are unsuccessfully struggling to maintain relevance. It’s tough to watch, especially because I could be next. Time passes and our noses become keener. Who knows – maybe in 50 years what we consider acceptance today will be regarded as outright bigotry?

As in philosophy, there never are answers – just better and better questions as we move along…that are somewhat out of our hands.

What we can change is the atmosphere of the road trip. And if we can try to include more context, we might get to whatever the next step is a lot quicker. Because if acceptance really were a finish line, then we would think of that long journey as filled with only rejection and pain. We will get to that unimaginable, better next step. It’s inevitable. We just don’t know when or how.

So why not instead consider acceptance to be a birth, and feel energized, warm, confident, optimistic, and, dare I say it, loved a lot more on our next journey? Because acceptance is great…for now. 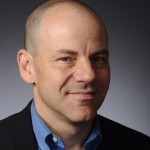 Carley is the founder of GRASP, a school consultant, and the author of “Asperger’s From the Inside-Out” (Penguin/Perigee 2008), “Unemployed on the Autism Spectrum,” (Jessica Kingsley Publishers 2016), the upcoming “Book of Happy, Positive, and Confident Sex for Adults on the Autism Spectrum…and Beyond!,” and the Huffington Post column, “Autism Without Fear.” In 2000, he and his son were diagnosed with Asperger Syndrome. When re-evaluated in 2014 under DSM-5, Carley was diagnosed with autism spectrum disorder. For more information on Carley or to subscribe to his updates, go to www.michaeljohncarley.com.

Autism Within the Criminal Justice System

A Guide to Understanding and Managing Safety

Autism presents a range of safety challenges across the lifespan including difficulty interacting with law enforcement, communicating with others, and unknowingly engaging in illegal activities....

Autistic individuals, like all of us, are likely to encounter law enforcement officers at some point in their lives, whether it is in the community,...