Our staff is a small, dynamic group of passionate individuals, working towards making a meaningful impact on the lives of autistic individuals and those who support them. With diverse backgrounds and experience, the OAR staff is a team that takes OAR’s mission to heart and put ideas into action.

Meet the team that drives all of OAR’s day-to-day operations. 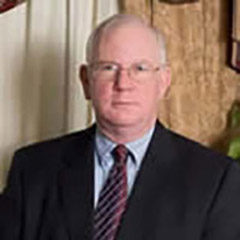 Mike is part of OAR’s founding team. A native of Weymouth, MA, and a lifelong Boston Red Sox fan, he graduated from Holy Cross and later earned a master’s degree in Business Management from Central Michigan University.

Mike served 23 years in the U.S. Marine Corps, including tours in Vietnam and the first Gulf War. Before joining OAR, he served as executive director of the Marine Corps University Foundation in Quantico, Va., and the Autism Society of America Foundation.

Mike and his wife, Elaine, live in Burke, VA, and have two musician sons, Kevin, a Staff Sergeant in the U.S. Army Ceremonial Band, “Pershing’s Own”, and Doug, Director of Bands at Chantilly High School in Chantilly, Va.

What do you like to do outside of OAR?
In his off time, Mike enjoys any occasion to hang out with Kevin, Doug, and their wives, being Grandpa to Maxon, Selah, and Cameron, writing, enjoying his sons’ musical endeavors, and rooting for Boston sports teams.

Kristen, a native of the Washington metropolitan area, spent the majority of her life in Rockville. After graduating from Randolph-Macon College, she moved to Virginia briefly before trekking halfway across the country to Dallas. Despite five great years in the Lone Star State, she missed the East Coast and moved to Alexandria in 2010.

After college, Kristen spent eight years in the insurance industry working with structured settlements. Eventually, she decided she needed a career change, and after a brief stint bartending, she ended up as Publisher and Director of Sales and Marketing for the Alexandria Times. Despite enjoying her tenure with the Times, she elected to venture away from her years of sales and find a position in the nonprofit industry, which is how she became Business Manager for the Organization for Autism Research. After three years as OAR’s Business Manager, Kristen was promoted to Deputy Executive Director in October 2018. In May 2019, Kristen graduated from Regis University’s Anderson College of Business and Computing with a Masters of Nonprofit Management.

What do you like to do outside of OAR?
Read, hike with my dogs, and spend time with my family and friends, including my daughter Sloane, who was born in November 2018. 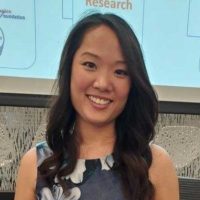 Kimberly Ha is an integral member of OAR’s executive leadership team. She directs OAR’s strategic vision while providing oversight and direction for the grant programs, scholarship programs, resource developments, webinar series, OARacle newsletter, and community outreach initiatives implemented by the Programs Team. Kim received her master’s degree in education from the University of Pennsylvania and has over a decade of work in service to the autism community. Prior to joining OAR in 2014, Kim taught science and transitions skills to students with high and low-incidence disabilities including autism. She previously collaborated with social workers, parents, and school staff to develop quality IEPs and ensure students received the special education services they deserved. Kim has a continued commitment to providing quality access to autism research, information, and education through OAR’s wide-ranging program activities.

What do you like to do outside of OAR?
Kim enjoys hiking, reading, and playing badminton. 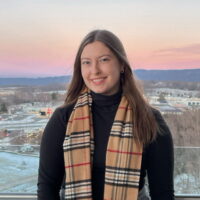 A Virginia Beach native, Cate recently graduated from James Madison University in May 2022 where she studied psychology and humanitarian affairs. During college, Cate was a leader in several different campus organizations, completed research in the field of cognitive development, and interned for a non-profit organization called the P.U.S.O. Foundation, or Purposeful Unconditional Service to Others.

Through her volunteer experience with organizations like P.U.S.O. and UNICEF USA, Cate has grown an appreciation for working with nonprofits that are dedicated to improving the lives of others. This, along with her passion for helping those in the autism community led her to join the OAR team in August 2022.

What do you like to do outside of OAR?
Cate’s hobbies and interests include baking, swimming, reading, travel, and spending time with her friends. 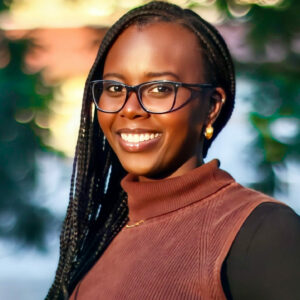 Born in the Philadelphia area, and raised in Middletown, Delaware, Vivian began her college career at Oxford College of Emory University in Oxford, Georgia in 2019. She graduated with her Associate’s in General Studies from Oxford College in 2021 and transitioned to the Emory College of Arts and Sciences campus that following Fall. Vivian graduated a semester earlier than her class in December of 2022 with a degree in Psychology.

During her junior year, Vivian interned under Dr. Mindy Scheithauer, Dr. Nathan Call, and Dr. Colin Muething at the Marcus Autism Center where her passion and love for research sparked.

Vivian’s passion for breaking stigmas surrounding mental disorders and disabilities is a part of the reason she joined OAR. Along with her academic background, clinical, and lab experience on sustainable and realistic solutions in research, her choice to join OAR is seen in her hope to be a part of research that will aid those directly affected and educate those who may not be.

What do you like to do outside of OAR?
Vivian loves sports, playing and watching, outdoor activities, reading, and reading her Bible. Her favorite sports are field hockey, Formula 1, and football; her favorite book of the Bible is Hebrews or Genesis! She loves spending time with her family, trying to bake, and watching relatable videos on social media. 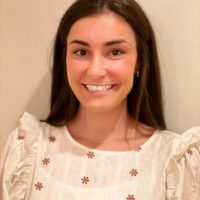 Courtney, a Connecticut native, graduated from James  Madison University (JMU) with a degree in Health Sciences, a minor in Special Education, and a Certificate in Autism Spectrum Studies.

Throughout college, Courtney worked at a non-profit providing hands-on life skills support to individuals with disabilities, 18 years and older, who were looking to achieve independence. At JMU, she was President of her sorority and led their philanthropic partnership with St. Jude Children’s Research Hospital. Courtney has also volunteered within the Harrisonburg community and school systems to raise awareness about autism and promote inclusion. In her previous role, Courtney worked as a Registered Behavior Technician where she provided behavioral support to a variety of individuals on the autism spectrum between the ages of four and eighteen.

Courtney’s passion for working with the autism community led her to join OAR in 2021.

What do you like to do outside of OAR?
Courtney loves to run and be outdoors. She enjoys spending time with her friends and family in New England. Courtney is a big fan of all Boston sports teams, especially the Patriots. 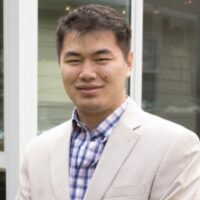 Ben is from Harbin, China, but has been a long-time resident of Northern Virginia. He earned his bachelor’s degree with a double major in political science and psychology at Mercyhurst University and is currently pursuing his master’s at George Mason University in public policy with an emphasis in education policy.

Being autistic himself, Ben has partaken in numerous conferences, panels, and summits to discuss the equitable inclusion of autistic individuals in education and employment.

What do you like to do outside of OAR?
Ben likes to play music (piano and guitar), write and perform poems, and watch soccer. 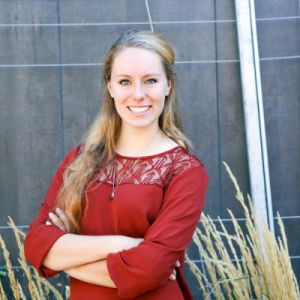 Rachel is originally from the Mile High City and graduated from Colorado State University’s College of Business in 2015 with degrees in Marketing, Management, and Human Resource Management. After graduating from CSU, she worked as the Marketing and Event Coordinator at an athletic event nonprofit.

What do you like to do outside of OAR?
Rachel, like most Coloradoans, loves the mountains and exploring them with her husband, young children, and dog by trail running, snowshoeing, camping, hiking, and fishing. 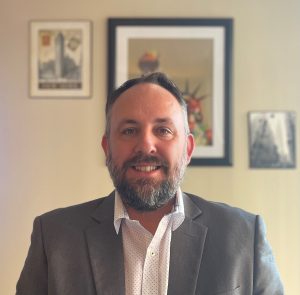 Originally from Florida, Sean graduated from the University of Central Florida with degrees in Liberal Studies and Sport Management.  After two years of working as a RUN FOR AUTISM Coordinator with OAR, he held positions in Education and endurance events industry, before returning to OAR in 2016 as Manager, RUN FOR AUTISM .  He was promoted in 2017 to Director, RUN FOR AUTISM providing oversight and direction for all aspects of the program.

What do you like to do outside of OAR?
Sean enjoys being active and doing anything that is outdoors as well as, taking in sporting events and other fun activities going on around the DC area. 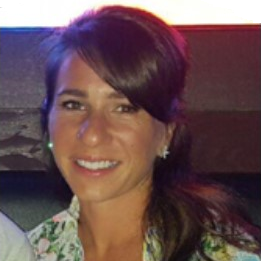 Sarah is a native to the Northern Virginia area and a graduate of East Carolina University with a degree in Recreation Management.  Before joining OAR She worked for SHAPE America focusing on professional development for physical education teachers.

Sarah has been a part of the OAR’s RUN FOR AUTISM team since April 2017.  She is a certified running coach, certified race director, and avid runner; completing 40 marathons and 15 ultramarathons.

Sarah lives and works remotely in Virginia Beach, Virginia with her husband and two dogs.

What do you like to do outside of OAR?
When she’s not running, Sarah loves hiking, stand-up paddle boarding, snowboarding, and anything outdoors, the higher the adrenaline factor, the better! She also enjoys traveling to new places, playing fetch with her dogs on the beach, and watching/playing sports. 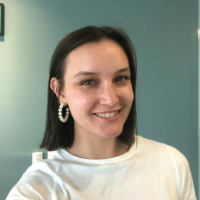 Growing up with a parent in the Air Force, Cora has lived in seven different states but feels most at home near mountains. She graduated from Utah State University in 2021 with a degree in Special Education and a minor in psychology.

During college, Cora interned with a non-profit which focused on housing for adults with autism. She has worked at numerous group homes and summer camps providing friendship and direct support to teens and adults with intellectual disabilities. At USU, Cora was President of her sorority and dedicated over 100 hours of service to domestic violence shelters in her college town.

From a young age, Cora has been passionate about helping people with disabilities. This passion began when her brother was diagnosed with autism, grew in college through her studies and work experience, and finally led her to join OAR’s RUN FOR AUTISM team in 2022.

What do you like to do outside of OAR?
Cora loves all outdoor activities, but her favorites include hiking, skiing, running, and even goat yoga! She also enjoys baking, sketching, dancing, and true crime podcasts.

Our Board of Directors currently has 14 members, mostly autism parents. Dr. Peter Gerhardt, the Chairman of our Scientific Council, is also a member of the Board. Combined, they represent more than 400 years of autism experience.

Meet Our Board of Directors

Our Scientific Council is comprised of 20 leading autism and medical professionals from across the U.S. Together they serve as an expert information resource for us on matters related to research and current practice.