4 Ways Christmas Affects Me and My Autism

Christmas. Sparkling lights, late nights, lots of festive atmosphere, drinking, eating and being merry. For many people, it’s bliss. For me, as someone with autism spectrum disorder (ASD), it’s anything but. People who loves Christmas don’t always understand why another person might not. I’m that person who often gets looked at oddly because I hate the noise, the changes in routine, the rich foods and seeming chaos the festive season can bring.

And the worst bit is…I can totally see why it makes me seem strange and out of sync with others. But here are four things I want you to know about how Christmas affects me and my autism.

Holidays of any sort present some people on the autism spectrum with a problem. It forces them into the uncomfortable situation of having their routine changed. Taking a break to get away from the everyday stresses of life provides many people with a welcome respite, a chance to catch up on rest and experience new places and meeting new people.

At Christmas time, we’re forced into a similar situation — we have to leave the comfort and safety of our regular day-to-day living to fit in with other people’s plans and to go to other people’s homes at different times. Often we won’t be able to carry on with all our normal “anchors” that keep us grounded and aware of where we are at any given time of day. This can be very unsettling and distressing, and as a result, more meltdowns and shutdowns can occur.

How it affects me: I’m more likely to be affected at this time of year because things don’t happen at the times I want/expect them to happen. Or different activities are planned at times when I would usually have some alone time. This creates a feeling of heightened anxiety and being unable to cope. In turn, this makes my mood worse and can often instigate an episode of depression. Often I’ll feel out of control and as though I have no grip on how anything is affecting me. I often don’t realize I’m going to melt down or shut down until it is too late.

How you can help: Understand that small changes can often have a massive effect on someone with ASD and that a number of small changes colliding can sometimes cause a shutdown. Accept that the person with ASD will do their best to participate in anything if they can, but their desire to try and find a safe routine or an anchor to stick to may be higher at this time of year. Let them have alone time and time to recharge when they need it.

The change in routine is often accompanied by meals at times when we might not want them or wouldn’t normally have them. Or people offering you random foods you know you can’t eat and wouldn’t do in a normal situation.

There is often an abundance of rich, calorific food at this time of year, and it can vary vastly from what we might normally eat the rest of the time. This can present challenges for anyone with ASD who has specific eating patterns and who reacts strongly to foods due to sensory issues of taste, texture and smell, or even color.

How it affects me: I don’t like random food at random times prepared by anyone other than myself or the people I love/trust. Eating out is pretty much a no-no unless it is somewhere I know and have been on a few occasions. It might be OK to make changes to one meal, but the other meals I have for the rest of the day must be how I want them and composed of foods I know I can tolerate. I get very anxious and upset if I can’t eat a meal at a time when I normally would. Being made to wait means I get very anxious and overstimulated and am therefore more than likely not going to be able to eat much by that point, which people can find upsetting.

How you can help: Recognize that someone with ASD will often have specific needs and requirements relating to food, whether that is due to intolerance, sensory issues or genuine dislike. Never try and force them to “try something new” or make them eat anything they don’t want to at a time they cannot. Think about how you would feel if someone tried to get you to eat a food you disliked when you’d expressed genuine hatred for it — and think about how that must feel to someone with ASD. Try to understand that we’re not being difficult or challenging anyone — we’re in genuine distress. If someone with ASD says “no” to something, respect that choice. Try to incorporate foods and meals into the Christmas period that will provide some semblance of normality and a sense of place.

3. Too much noise and light

Twinkly, shiny, glittery lights and brightness accompanied by loud music, the sounds of new toys being played with, sounds from computer games, or just general noisy chatter can be absolutely mind-bendingly distressing at this time of year. If you’re cooped up with relatives, or unable to escape, it can seem like way too much to deal with. There is a proliferation of sights and sounds to take on board at this time of year, from brighter lighting in shops and Christmas lights everywhere, to music played at higher volumes too, not to mention chatter, laughter and general high spirits if you’re out in public.

How it affects me: Too much noise and light can quickly leave me feeling drained, exhausted and headachy. Being out on the high street at this time of year or out in public is more tiring — as are the darker, longer nights. Often in an evening I will want to sit with the television on low (or not on at all) or just very quiet, chilled out music. If I am out, I will always wear headphones to take away as much excess noise as possible and listen to playlists I have put together and feel comfortable with listening to.

How you can help: Arrange quiet time, or a safe spot for your loved one to go if they are feeling overstimulated by noise. A quiet half-hour might be enough to reduce stimulation levels to a manageable point. If someone says they need to sit quietly, let them. If they feel threatened by too much noise or light, remove them from that place. Let them wear headphones or ear defenders if they need to — and make sure they have sunglasses on them to reduce the effects of light in public spaces. Never make someone with ASD who is close to meltdown simply “carry on” in that situation if they have expressed discomfort. Take them away and allow them to calm down.

Being away from your own home and in other relatives’ or friends’ houses. Eating out. Having people in your home. Going to pubs. It can all be stressful for someone on the autism spectrum. Even worse is not knowing if people will turn up at your door. Having them turn up at a time when it isn’t convenient — even at this time of year — can be uncomfortable. Coupling that with constantly having to be chatty, friendly and upbeat when you’re already on edge and anxious is a nightmare.

How it affects me: I have a pretty low-energy social battery to begin with, and any socializing for me needs to be relatively short bursts of interaction, followed by alone time. That can’t always happen at this time of year, and this along with everything else causes a rise in anxiety. If I’ve been social on one day, I need one to two days in between to recover. If that’s not possible, then I need to be quiet, still and silent for as long as possible between interactions. Sometimes I just need to get away and have some alone time in the middle of a social situation — even if it’s just 10 minutes in the bathroom or bedroom to take a few deep breaths and recharge.

How you can help: Try not to plan social outings or gatherings on consecutive days if at all possible. Leave your loved one on the autism spectrum with enough time to recover after each event. If it can’t be avoided, let them have as much alone time as possible afterwards and know that they might need to be totally still or quiet to regain their energy. Never force someone with ASD to go somewhere they know they will be overstimulated or feel out of control. If your loved one expresses distress, anger or anxiety in any given situation, remove them and yourself from that and get to a calm, quiet spot to try and settle any anxiety. 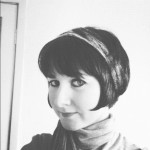 Kit is a freelance writer and SEO specialist and one day hopes to become a full time comedy writer. She was diagnosed with Autism Spectrum Disorder at the age of 36 in February 2016. In 2018 she’s looking forward to getting married to her long term partner, after moving to Wales earlier this year to live and work.

Advocacy: The Gift that Keeps Giving

During this time of year, it’s easy for us to get caught up in making multiple trips to retail stores and spending hours online shopping,...

The 5 Needs in Life: Still Going and Growing

“Do you remember the story about the Little Red Hen?” “Yes, I do.” “That story is why I want to learn to cook and want...

Sometimes, it is necessary for us to fail. I believe that failure is just a symbol of not picking myself off the ground hard enough....