We’re Not “Bad at Sex,” But We Sure Are Bad at Teaching It – Part 2: The Autism World Is NOT “Sex Positive.” Here’s Why | Organization for Autism Research

We’re Not “Bad at Sex,” But We Sure Are Bad at Teaching It – Part 2: The Autism World Is NOT “Sex Positive.” Here’s Why

Michael John Carley is a self-advocate who frequently visits companies to discuss topics related to autism. In this post, Carley writes about how we, as a society, fail individuals with autism by not creating a comprehensive sex-education guide. This is the second post in a series about sex-education; this was originally posted on Sinkhole.

The politics around sex is complicated and, in many ways, regressive.

In 2004, I got the first of what would become several similar phone calls. Because I ran one of the world’s largest membership organizations for adults on the spectrum (GRASP), the mother of an adult spectrum male called to ask if I could refer her to any “disability-friendly escorts” for her Asperger son. She felt that her child, who reportedly had never encountered reciprocated sexual activity, needed the confidence of experience in order to develop and go forward as a sexual being. The only alternative was to wait even more years (her son was already in his 30s) until he (hopefully) gained the social skills that might bring about that beautiful combination of attraction, confidence, and informed consent. She knew that banking on the latter, i.e. waiting more years, was a risky gamble, if not a sadly dubious assumption.

I wondered how I felt about this, and shared the conversation with my wife. I shared how I felt as a fellow spectrumite, as an executive director, and simply as a person wondering how much cognitive groundwork was necessary in order for a somewhat-challenged person to process such an experience. I concluded not only that I had no right to judge him, or his mother, but also that if the sex worker (the justifiably correct term for “escort/hooker/prostitute”) was the only experience he would ever have, that yes, I’ll say it, this was far better than no sex at all.

“So, you’d throw away your career to become a pimp?”

What to do with such knowledge? I sought advice from a few colleagues, trying to open this can of worms as gently as I could. But the autism world didn’t just say, “Maybe not now.” The autism world made it clear, “Michael John, we love you. But on this one? Shut the $%#! up.”

This directive? I partially obeyed, as I also continued to support these adults as I would any GRASP members. Many of them wanted out of their professions. But equally vexing was that many others didn’t. They liked sex, and whether they wanted primary romantic partners or not, they were sure they stunk at relationships anyway – so why not? The diagnosis, as with all of us, felt like a positive validation for why they were who they were.

For the first time I too was challenged by the idea that not everyone who engaged in these lives was, as I had been steered to believe, a trafficking victim, someone who “didn’t know what they were doing,” a person ruining their potential for love, a drug addict, or even a sex addict (p.s. similar to “porn addiction,” there is no such thing). If you can believe this, I actually felt that these sex workers adhered more to the desired ideals of spectrumfolk for diet and exercise than any other spectrumite sub-grouping – they were extremely health-conscious. And their takes on our (non-sex worker) attitudes towards them were memorable: one even laughed at me and retorted, “Please. How many non-porn actors like their jobs?” Many were LGBTQ folks, whose voices were still immensely marginalized (despite their unproven, yet undisputed higher prevalence) in the autism world.

But many of them (like their neurotypical colleagues, as I would learn) were single mothers; women who had achieved the pay scale and flexible hours that the single mother who long ago raised me…could only dream of.

I couldn’t address these concerns until I left GRASP in 2013.

In a prior column, I wrote about how our autism universe was not the bipartisan utopia that it once was. There was not only Autism Speaks’ indirect support of Donald Trump (and its flirtations with vaccine theory) via co-founder, Bob Wright but also the Autism Society of America’s (ASA) refusal to challenge Trump when he made fun of, and cruelly mimicked a reporter with a disability.

But so-called progressives like myself don’t often like to acknowledge one historical point: Our self-advocate causes, most especially the arguments over the word “cure,” if not also the fight against wacko vaccine theories, were won with the help of many of the autism world’s conservative factions. In an unacknowledged alliance, those with religious belief systems joined forces with peer-run organizations like GRASP because, to them, trying to cure us was a rejection of what God had intended. Some of the original “gifts of autism” language comes not from spectrum literature (i.e. people on the spectrum themselves), but from more religious folks who had kids on the spectrum. And on the flip side, in addition to angry, bigoted voices that thought we were broken because we were different, the pro-cure crowd was also full of liberals – whether overwhelmed parents who sadly saw science as a hope to eradicate autism as one would polio, or democratic-voting scientists who saw mega-bucks in the pro-cure research funded by Autism Speaks and others. Also, anti-vax beliefs were an arguably negative byproduct of a very positive source – the environmental movement. It was mostly left-leaning folks like myself who really gave that nonsense its destructive energy.

Most anti-LGBTQ-based thinking is rooted in religious doctrine. But if the task at hand doesn’t involve getting inside other people’s pants, religious people are natural allies for humanitarian causes. When I was a minor-league diplomat in a prior career – operating in places like Bosnia, or Iraq during the Saddam Hussein days – I never went to the United Nations Children’s Fund (UNICEF) or the World Health Organization (WHO) if I needed help inside those countries. I always went to the religious organizations. When it came to hunger and disease, I trusted, and was always right to trust, their priorities. These were anti-war, anti-capital-punishment humanists. They were after approval from either the mirror, or a higher power, and not the almighty dollar.

And a decade ago, Republicans and Democrats equally contributed to my efforts at GRASP. Autism was still a bipartisan issue, and for a fundraising, young executive director like me, it made life easier – Republicans have just as many autistic kids as Democrats.

But those bipartisan times have changed. The result is a community that is more socially conservative, and thus destined to be behind when it comes to matters of sexuality.

While the topic deserves more time than I give herein (I’ll come back to this in Part 3 of this series), the sickening over-use of the Sex Offender Registry (SOR), if not an overall Draconian criminal justice system, has also been a very visible, “sex negative” influence on my years at GRASP. Too often, people with autism were railroaded into signing confessions (regarding many crimes) they did not have to sign, or did not understand, because their spectrum trauma only wanted the detective or District Attorney to stop yelling at them. Teenagers have had their lives ruined for consensual acts. Other spectrum individuals, who had committed legitimately illegal offenses, such as downloading and viewing the wrong kind of porn – including that which involved children – should have incurred lighter sentences with an educational component if the offenses were as non-violent as they often were. But no, in a scene that spoke so much about who Americans are as a people, the powers that be insisted that they be allowed to ruin the lives of these young people forever through hard time and the SOR. One could argue that this counter-productive era has inflicted a collective trauma on all of us in the autism world, and not just on the individuals whose lives were destroyed. In our consciousness, the prevention of falling into the clutches of a corrupt, and Kafkaesque criminal justice system…easily supersedes healthy sexuality.

It is therein explicable, if not justifiable, why the autism world is even more terrified of sex than even Part 1 of this series indicated. 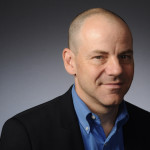 Michael John Carley is the founder and CEO of GRASP – the largest organization in the world comprised of adults on the autism spectrum. He regurlarly speaks at conferences, hospitals, universities, health care organizations, school districts, and Fortune 1000 companies. Carley was one of the two self-advocates who addressed Congress in their first-ever hearings on autism; in addition, he’s also addressed the UN, and is regularly published in magazines. Carley lives with his wife and two sons in Wisconsin. You can visit his website and read more about his accolades and achievements here.